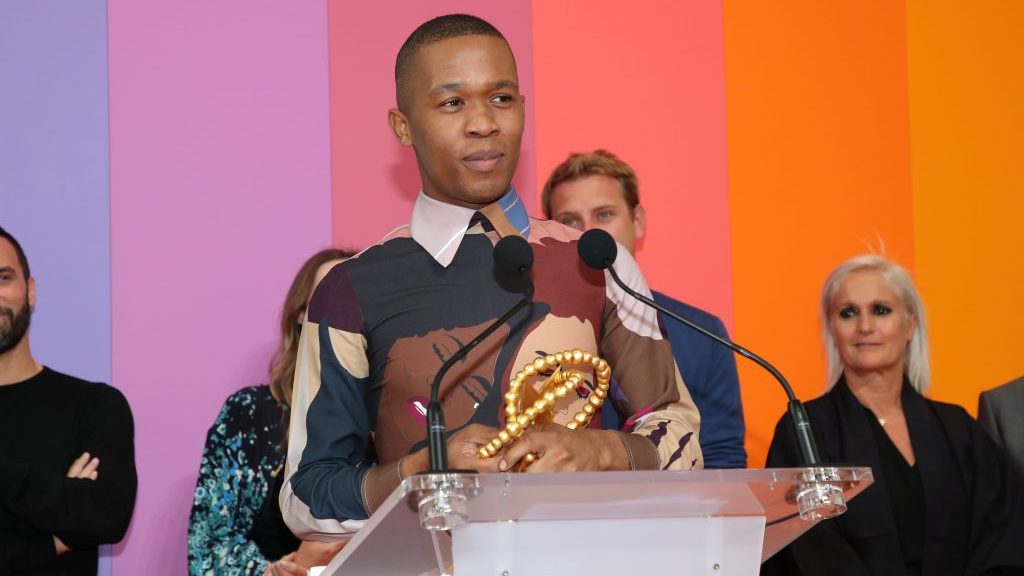 Thebe Magugu is a guy who always had big dreams and was bold to pursue them. With a strong passion for fashion from a very young age, Thebe resolved

Thebe Magugu is a guy who always had big dreams and was bold to pursue them. With a strong passion for fashion from a very young age, Thebe resolved to be hardworking and dedicated to his dreams.

It is no mean feat to be recognised at any fashion week, especially the London Week. Thebe took the first prize this year in London for the Best International Fashion Showcase award.

The 26-year-old designer is making waves again. He has emerged winner of the prestigious Louis Vuitton Moet Hennessy (LVMH) Prize after competing with 1700 other international designers.

The LVMH prize is probably the most sort after prize for any up-and-coming designer the world over. Thebe Magugu hails from Kimberly but runs his self-named fashion line in Johannesburg.

As part of his winning package, Thebe gets an LVMH team devoted to mentoring him for a year under a one-year mentorship program and a whopping 300,000 Euros (about $331,000).

According to the Executive Vice President of Louis Vuitton and the founder of the coveted LVMH Prize, Delphine Arnault, Thebe is a great talent, having a huge potential.

“The creativity of his designs is great—the colours, the cuts, it’s very feminine,” Delphine said.

The South African designer joins the ranks of Rihanna, Christian Dior and Givenchy and 70 other luxurious brands to be associated with the LVMH brand.

Loading...
Newer Post
My selection a pride and honor for me and the African continent – Ophelia Crossland, the only African designer at the 2019 Qipao Invitational Exhibition in China
Older Post
What is your excuse?