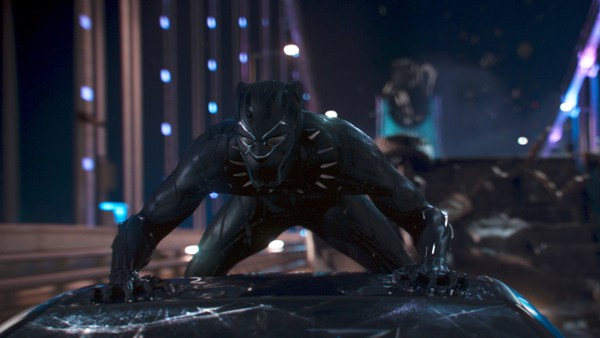 Black Panther movie continues to enjoy wide accolades. The movie was a smash-hit at the box office when it was released and now the Marvel Production

Black Panther movie continues to enjoy wide accolades. The movie was a smash-hit at the box office when it was released and now the Marvel Production has another award to add to its trophy case — the 2018 Hollywood Film Award.

In a press release announcing this year’s winners, the Hollywood Film Awards attributed Black Panther’s win to the massive acclaim it received from fans and critics alike.
“Black Panther became a cultural phenomenon that has broken boundaries and created a movement, gracing the cover of Time Magazine,” the release read.
“Black Panther had the highest grossing non-sequel opening weekend of all time, showing that diversity and representation in front of and behind the camera can equal global box-office success.”

Created in 1997, the Hollywood Film Awards are held annually at the Beverly Hilton Hotel in Beverly Hills, California. The show markets itself as the “Official Launch of the Awards Season.”
With the Oscars right around the corner, Marvel Studio isn’t holding back the fact they’re going after the Best Picture award for Black Panther. In fact, Black Panther star Chadwick Boseman even said as much on a recent podcast.
“We don’t know what it [the new prize] is, so I don’t know whether to be happy about it or not,” Boseman told THR’s Awards Chatter podcast. “What I can say is that there’s no campaign [that we are mounting] for popular film; like, if there’s a campaign, it’s for best picture, and that’s all there is to it.”
“A good movie is a good movie,” Boseman said, “and clearly it doesn’t matter how much money a movie makes in order for it to be ‘a good movie’ [in the minds of Academy members] because if [it did], the movies that get nominated and win [which have tended in recent years to not be blockbusters] wouldn’t get nominated; and if it doesn’t matter, it doesn’t matter on both sides.”
“For my money, the only thing that matters is the level of difficulty.”
Even in the eventBlack Panther doesn’t walk away with the Best Picture Oscar, Kevin Feige and associates at Marvel Studios can sleep well knowing they certainly have a hit franchise on their hands. The Ryan Coogler-led Black Panther tallied just over $700 million domestically, making it the third-highest earning movie to ever hit the America box office.
In fact, a Black Panther sequel has reportedly received the green light to movie forward with Coogler set to return to both write and direct.
What awards do you think Black Panther should take him this awards season? Do you think it deserves a shot at Best Picture? Let us know your thoughts in the comments below.
Black Panther is now streaming on Netflix in addition to being available on home media.