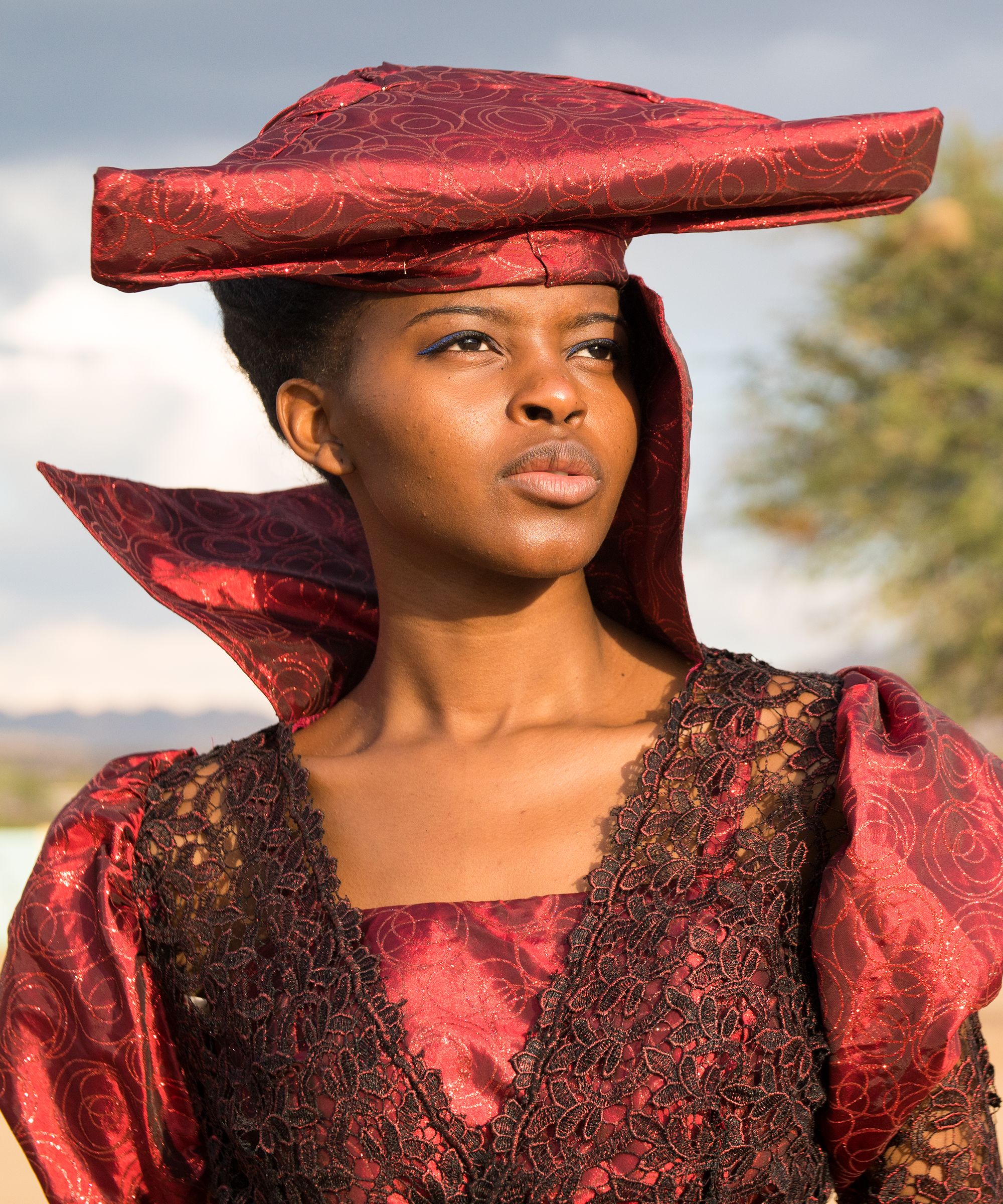 Every dress tells a story, but in the case of Namibia’s Herero dress, it’s a 100-year-old tale of genocide, oppression, resilience, and — hopefully —

Every dress tells a story, but in the case of Namibia’s Herero dress, it’s a 100-year-old tale of genocide, oppression, resilience, and — hopefully — redemption. In the early 20th century, 80% of the Herero was killed in a genocide. German colonisers retaliated against a Herero uprising, and used torture and extermination tactics that were later employed by the Nazis. Women adopted the full-bodied Victorian dress from their oppressors, but after the war remade it with symbols unique to their tribe. For people whose land, lives, wealth, and sense of identity was stripped from them, the Ohorokova was a way of taking back their agency and redefining their group in the aftermath of atrocity.

Though it’s evolved in the past century, much of the ensemble’s main features have endured: floor-sweeping hemlines, long sleeves, petticoats (which can total up to 24 meters of fabric), and signatures like bold, waxed prints, fringed capes, and a horned hat that honours the Herero’s cow herding roots. While the dress was once worn every day, the Ohorokova is now mainly worn for weddings and funerals. But unlike the floral wrap-dresses we call when we have a special event, each Herero dress and hat is custom-made and typically only worn once. In this way, Herero gatherings are as much fashion shows as they are family get-togethers.
But as the Namibian fashion industry blossoms, the Herero people must modernise their traditional attire in order to keep it a part of their local fashion canon. For some, this need for change sparks controversy. And yet, this effort has also given way to a new wave of young Herero designers, models, and activists who work to keep their heritage alive — even if that means scandalising certain purists with sheer skirts, detachable sleeves, and sequin bodices. Can a change in hemline help draw attention to the need for restitution, rehabilitation, and even reparations? In Namibia, we find out what it takes to bring a dress born from a dark past into a vibrant future.