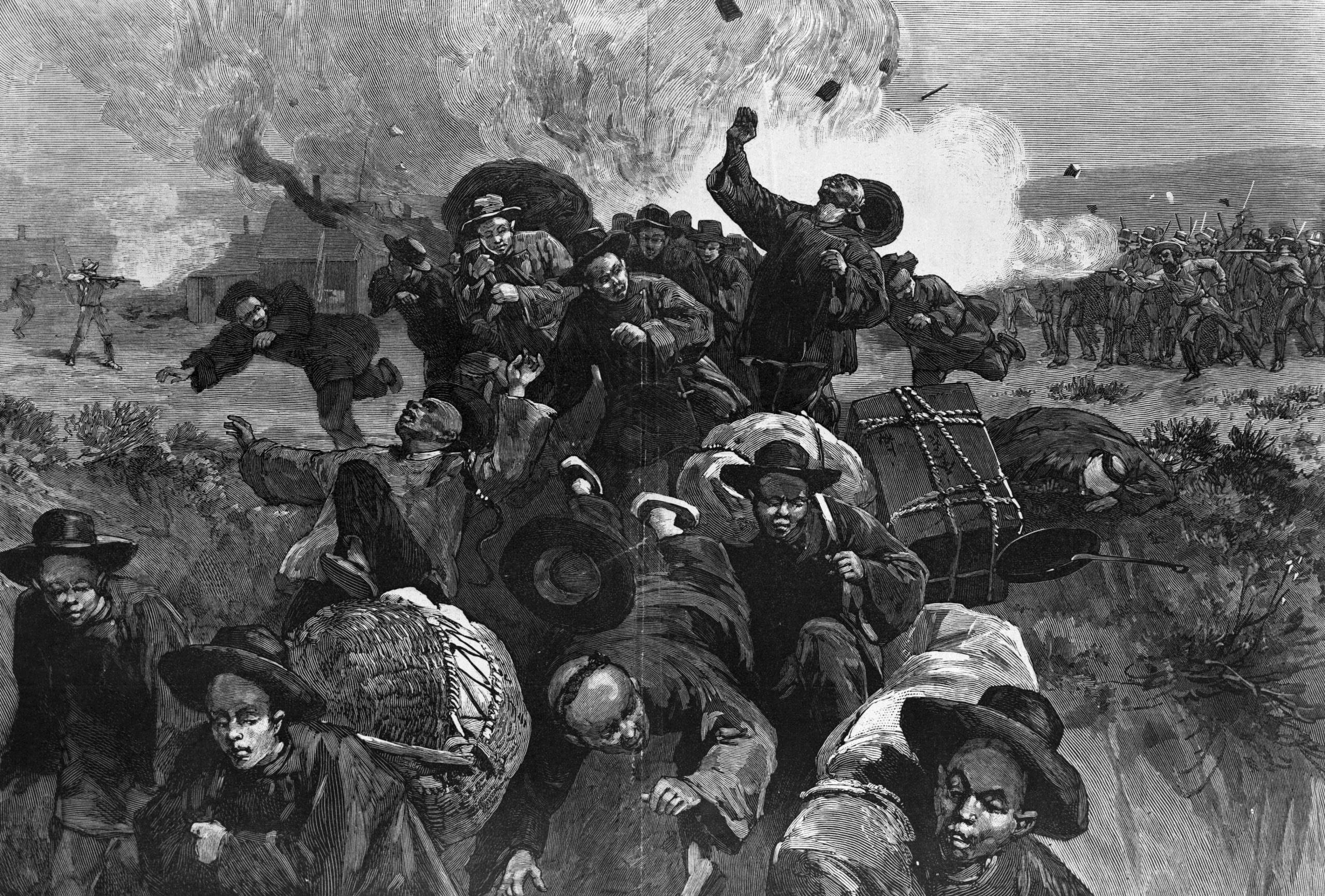 On September 2, 1885, a mob of white coal miners attacked their Chinese co-workers (both groups were employed by the Union Pacific Coal Company) in Rock Springs, Wyoming Territory, over a dispute on who had the right to work in a particularly lucrative area of the mine. The violence occurred after Chinese workers refused to participate in a strike for higher wages planned by the American miners. Twenty-eight Chinese were killed and fifteen were wounded; seventy-nine homes were set ablaze. The bodies of many of the dead and wounded were thrown into the flames. Several hundred Chinese workers were chased out of town and fled to the surrounding hills. Property damage was estimated at $150,000.

A week later, federal troops escorted Chinese laborers back to the mines. After restoring order, the troops remained at Rock Springs until 1898. Although the federal government had refused responsibility for actions in a territory, President Grover Cleveland requested that Congress indemnify the Chinese for their loss of property and Congress complied.

In the mid-1800s, large numbers of Chinese came to the U.S. to build the transcontinental railroad and to work in the gold fields. With completion of the railroad, the ebb of gold prospecting, and widespread economic depression, jobs became scarce and Chinese immigrants faced increasing exclusion, racism, and violence. These factors contributed to the events at Rocks Springs.

The Rock Springs Massacre was followed by a similar situation in early November in Tacoma, Washington, where Chinese immigrants were ordered to leave the city. Several hundred Chinese immigrants left before the eviction deadline but another 200 were marched out of the city by force. Two Chinese settlements were burned down.