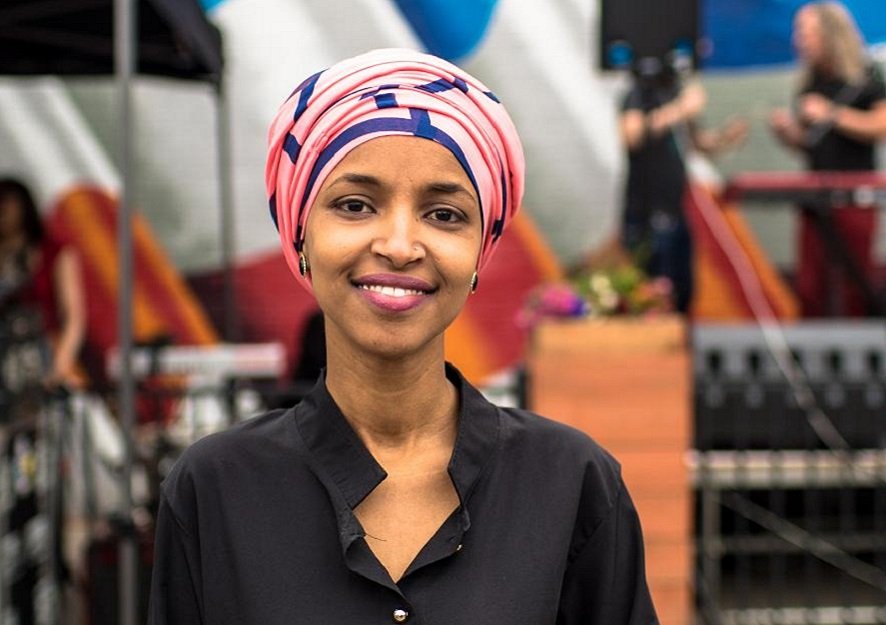 Somali-American Lawmaker, Oman Ilhan Chronicles her Journey from Refugee to Congresswoman in a $250,000 Publishing Deal

After emerging the first Somali-American ever elected into the U.S. Congress last November, representative Ilhan Omar is set to chronicle her remarkab

After emerging the first Somali-American ever elected into the U.S. Congress last November, representative Ilhan Omar is set to chronicle her remarkable journey from refugee to congresswoman in an upcoming memoir.

According to Forbes, the memoir titled: “This Is What America Looks Like” is going to be publised in a deal worth from $100,000 to $250,000 by Dey Street Books in April this year.
The memoir which chronicles Ilhan’s journey fleeing war in Somalia as a little girl, to becoming a refugee in her early teens, and making her way against unspeakable odds to finally emerge the congresswoman-elect from Minnesota is a collection of remarkable firsts: first Muslim refugee in Congress, first woman of color to represent Minnesota, and the first person to wear a hijab in Congress.
“I’ve been following Representative Omar’s career since 2016 and was thrilled to receive her excellent book proposal on submission last year. Her voice on the page is very much as it is in real life—fresh and positive even when she is tackling serious issues, with real empathy and deep knowledge. Her story counters everything we keep hearing from the current administration and the right-wing media about refugees, immigrants, Muslims and women. This memoir presents an urgent and important counter-narrative,” Forbes reports.
According to Omar’s literary agent, Steve Ross, the congresswoman is “smart, strong, thoughtful and empathetic all to a surprising degree.
“She is not someone who is timid about expressing her thoughts when she sees injustices—at the personal or the legislative levels.”
Omar has always been for social progression. Her additional titles include public organizer, social activist, Director of Policy and Initiatives of the Women Organizing Women Network – geared towards ending childhood marriages in Minnesota. She steadily made waves in politics when in 2016, she became the first Somali legislator in the United States.
Her political aspirations signalled the first instance a Muslim woman attempts to obtain a state seat in the midst of religious and racial tensions.
On November 7, 2018, she became one of the first Muslim women elected to Congress, after winning the election in Minnesota’s Fifth Congressional District — the Minneapolis-area district previously represented by Keith Ellison. She beat Republican Jennifer Zielinski to take Ellison’s seat, which he vacated to run for Minnesota attorney general.
Born 37 years ago in Mogadishu, Somalia, Omar emigrated to the U.S., settling in Arlington, Virginia. Her family later moved to Minneapolis, Minnesota. She learned English in three months and started attending caucus meetings at the age of 14, serving as her grandfather’s interpreter.
The wife and mother of three has called Minneapolis home since 1997. Minnesota is also home to the United States’ largest Somali immigrant population.