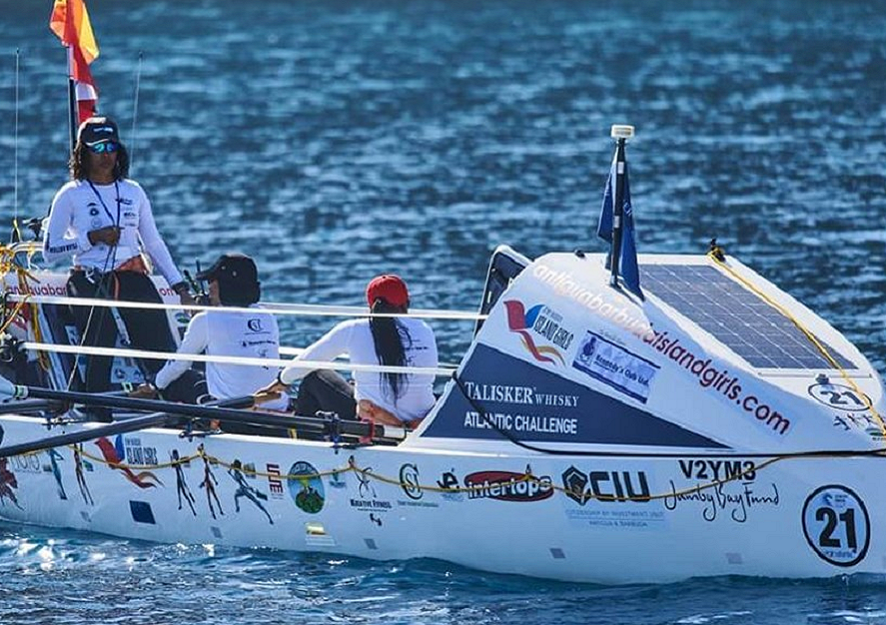 4-Woman Team, First All Afro-Caribbean Team to Row Across the Atlantic Ocean

A four-woman Caribbean team is competing in the Talisker Whisky Atlantic Challenge, the premier event in ocean rowing that takes rowers more than 3,00

Nigeria set to initiate 5g network
“Being afraid of dying was what made me keep moving” — Ghanaian artist, Reuben Odoi
UK Empowers Fashion and Film Entrepreneurs from Nigeria

A four-woman Caribbean team is competing in the Talisker Whisky Atlantic Challenge, the premier event in ocean rowing that takes rowers more than 3,000 miles west from San Sebastian in La Gomera, Canary Islands to Nelson’s Dockyard English Harbour, Antigua and Barbuda.
Looking Unstoppablen in their feat, these four young women from the island of Antigua and Barbuda will, by the end of this month, make history as the first all-black female team to row across the Atlantic Ocean.
It all began on December 12 in this year’s race with Team Antigua Island Girls – joining 27 teams.
They are “braving the Atlantic Ocean, crossing 3000 miles with over 1.5 million oar strokes and little sleep, to get to their destination in Antigua.” 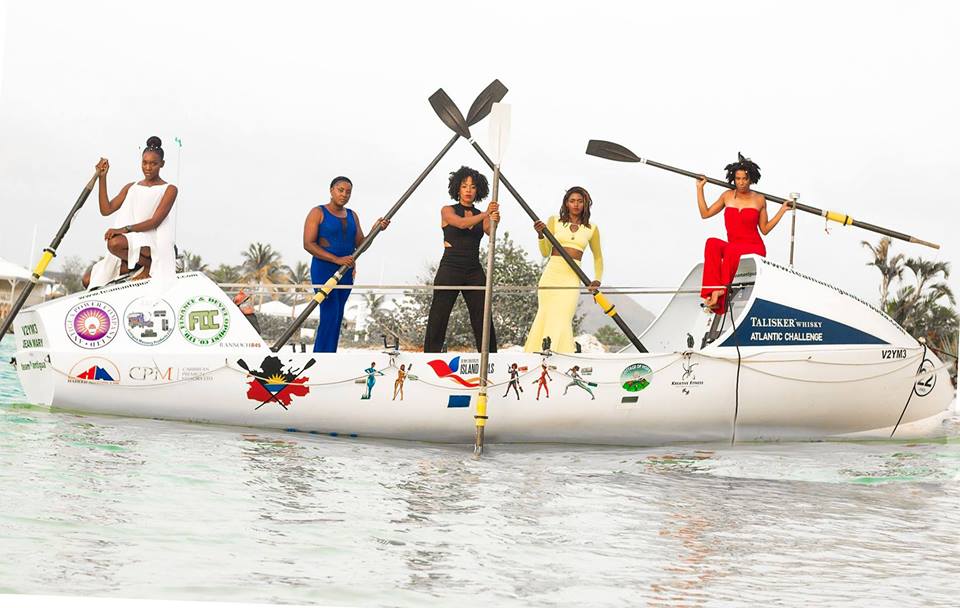 There are two other four-person all-female teams participating in the Atlantic Challenge – Astro to Atlantic (U.K) and Row for the Ocean (U.K), but the Team Antigua Island Girls are the only blacks.
After having spent 34 days out at sea, the first team to finish the Challenge, Dutch Atlantic Four, was welcomed into Antigua, with a lot of jubilation on the evening of January 15.
By January 30, the team is expected to arrive in Antigua as friends and family prepare to welcome them at Nelson’s Dockyard to celebrate their victory. The country is further getting ready to roll out the red carpet for the girls when they arrive from their adventurous journey.
“While this is the third time a team from Antigua and Barbuda has entered the Challenge, we are truly proud that the first all-black female team to row the Atlantic is comprised of four courageous Antiguan women.
“The entire nation is rooting for our girls and we are really looking forward to welcoming them home and celebrating the strength of women. This is history in the making, and it will truly be a momentous occasion for Antigua and Barbuda,” said Antigua and Barbuda Minister of Tourism, Charles Fernandez.
The team pictured here with their patron
Made up of Elvira Bell, Christal Clashing, Samara Emmanuel, and skipper Kevinia Francis, Team Antigua Island Girls was in the United Kingdom for over three weeks equipping and prepping their boat, attending course sessions and training ahead of the competition.
“There, we got training on with the foot-steering mechanism that is being used for the first time ever this year,” Francis, a member of the team was quoted by Antigua News Room.
Ahead of the race, the girls set their sights on being the top female contenders and among the top five overall. They were put through their paces on the water by the taskmaster and coach, Eli Fuller and in the gym by personal trainers.
The young women prepare for the race. Pic credit: Antigua Nice
The girls entered the race after Antigua and Barbuda issued the challenge for an all-female team following the Team Antigua Atlantic Rowers’ arrival home in second place on January 13, 2018.
So many women answered the call to compete but the field was cut down to five women who went through the appropriate training. Eventually, four was selected as the final team while the fifth woman (the alternate) will continue to be the face and voice of the team while they are on the ocean.
Teams competing in the Talisker Whisky Atlantic Challenge row for a cause. The Caribbean girls are rowing for Cottage of Hope, local charity that offers short-and-long term residency to girls who are abused, neglected or orphaned.
Cottage of Hope, with the aid of funds raised by the girls, plans to offer expanded services to young women who have come of age who are transitioning from a group home setting to living on their own