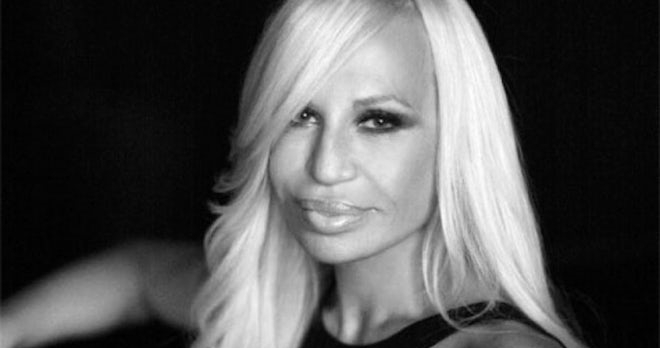 Donatella Versace has built a replica of Lady Liberty’s Torch which according to her, is a symbol of Women, empowerment  and Strength In the center

Donatella Versace has built a replica of Lady Liberty’s Torch which according to her, is a symbol of Women, empowerment  and Strength

In the center of the New York Stock Exchange tonight, Donatella Versace built the replica of Lady Liberty’s torch, and got the oxidized copper replaced with the house signature gold. At a press conference prior to her Pre-Fall 2019 show, she said she saw the torch as “symbol of New York, but also a symbol of women, of empowerment and strength.” She continued, laughing, “Us women, we have to fight more than men usually.” Well, she’s certainly on top now.
Since the last time Donatella stepped out for a bow, her company was acquired for $2.1 billion by Michael Kors. When the announcement was made in September, Capri Holdings, as the Michael Kors company rechristened itself, indicated it was committed to increasing Versace’s revenues from $850 million to $2 billion over the next few years. Though the deal is not yet finalized—it’s expected to be so in January—this energetic show marked a new era for Versace, and for Donatella herself.
To set a foundation for the future, she returned to the topic of the house’s greatest hits. Her Spring 2018 tribute show to her late brother was a massive success, editorially and commercially. So much so that it’s precipitated a run of reissue collections industry-wide. The fact that today would’ve been Gianni’s 72nd birthday were he still alive gave Donatella more reason to plumb the archive.
She landed on what was probably one of his most notorious and iconic collections, Spring 1994—the one that produced Elizabeth Hurley’s famous safety pin dress. Vittoria Ceretti was a knockout in her asymmetrically fastened number, with big gold lining the slits. But it wasn’t only Gianni highlights here. Amber Valletta came out last in a replica of the bare-down-to-there gown she wore at Donatella’s Spring 2000 show—the one where she found her mojo, in the wake of her brother’s tragic death. This time, the palm print was replaced by Jim Dine’s hearts, a nod to work
Gianni commissioned from the artist for his New York residence. The Dine hearts were one print
among a panoply, and they seem destined to be the collection’s stars, recognizable and collectible in equal measure—Adut Akech’s hearts on denim especially.
Over the years Donatella presented Versus, the “little sister” line to Versace, in New York a handful of times. She feels a kinship with the place, and to make it clear she negotiated with the city for the rights to use Milton Glaser’s famed “I love NY” logo, which was mashed up with the familiar medusa motif on a see-now-buy-now T-shirt. The front row was crowded with a long line of stars: Kim Kardashian and Kanye West, Bradley Cooper, Lupita Nyong’o, Uma Thurman, Mary J. Blige, and assorted other celebrities who will wear Atelier Versace on red carpets around the world. But to get to that $2 billion number, Versace is going to have to sell a lot more than big-ticket gowns; she’s going to have to engage and activate the kids. There were good signs here that she’s up for the job.