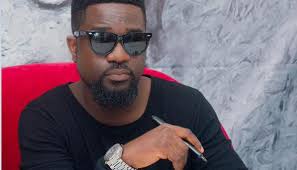 Michael Owusu Addo, better known as Sarkodie, has received warm applause for his admonition to African ladies to be proud of their melanin and not at

Michael Owusu Addo, better known as Sarkodie, has received warm applause for his admonition to African ladies to be proud of their melanin and not attempt to bleach to fit in.
This comes on the back of winning the 2019 BET Hip Hop Award for ‘Best International Flow Act’.
The Ghanaian rapper scooped the award at the Cobb Energy Center in Atlanta, in the U.S. on October 8, 2019, shrugging off a keen challenge from Nigeria’s Falz, UK’s Ghetts and Little Simz, France’s Kalash, South Africa’s Nasty C and Canada’s Tony Lanez.
Receiving his award, Sarkodie grabbed the opportunity to thank his family. Crucially, he used the platform to inform patrons that this year had been set as the ‘Year of Return’ for people with African ancestry in the diaspora to make a return to Ghana, reconnect with their roots and make some good investments.
“I just want to say thank you to the Almighty God. To my family, this one is for my little girl, Titi. I think Africa has always had it and it is about that time. This year is the Year of Return and I would urge each and every one of you here to take a trip back home,” he summed up.
Just when the dust was settling after many of Ghana’s stars and the average Joe had congratulated him online, a cypher released by BET which saw Sarkodie at his devastating best has set Twitter and Facebook on fire.
In the video, which also saw Caribbean artiste Kalash attack the mic, Sarkodie ascended from his often heard themes of love and hardships and tackled heavyweight issues regarding the neo-colonial stage of imperialism in most African states, need to strive for African unity, slavery and having Black pride.
Sarkodie opened things up nicely, narrating that a Black man ought to be in awe of his African queen. “Beautiful melanin, dark skin. Raise your hand if you worship a Black queen,” he said.
He urged the sisters to dispose of their bleaching creams into dustbins, noting that most African ladies needlessly lack confidence because they have been brainwashed to view beauty through the Western lens.
According to the Vodafone Ghana Music Award’s ‘Artiste of the Decade’, while there is outward appearance of freedom, Africans were not free but rather still in the matrix.
The man, who has four albums to his credit, observed that the destruction of a man begins in the home such that when the home is broken, the invading force takes over the throne.
This is a sad reality in most homes in the U.S. where a good number of fathers are incarcerated for petty offences, with some falsely imprisoned.
“They ask you come for a loan but when you owe, you cannot be your own,” referring to the Structural Adjustment Programmes forced down the throats of African governments in the 1990s, as well as, the IMF and World Bank, which, till this day, offer loans to states often with a steep interest.
He rounded up saying a united Africa was a must for Africans noting “they can’t bear to see us but that’s the only way to survive,” adding “voodoo magic was nothing evil.”
It certainly is his most conscious rap flow yet, showing that the man who already is known for his rhyming and flow is now purposeful in addressing the elephant-in-the-room issues confronting Africa and Blacks worldwide.