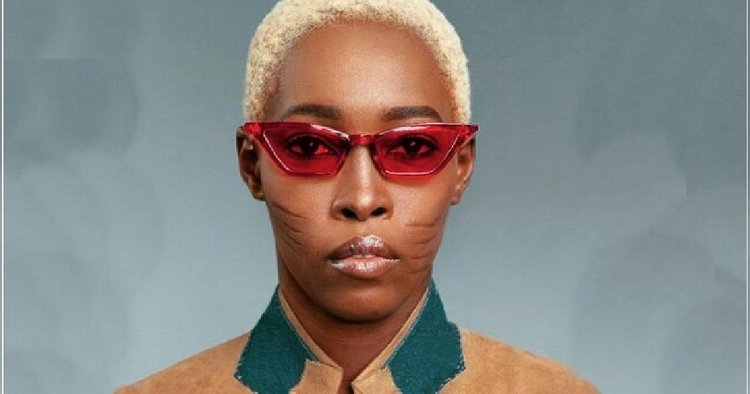 Body marking has been used for centuries in parts of Africa to indicate a person’s tribal heritage. In Nigeria, tribal marks are lacerations made on

Body marking has been used for centuries in parts of Africa to indicate a person’s tribal heritage.
In Nigeria, tribal marks are lacerations made on the face practised by parts of the Yoruba and the Hausa tribe.
Nevertheless, the custom is becoming less common and many who bear tribal marks often face stigma in today’s society.
Adetutu Alabi bears tribal marks…She is now campaigning to stop the marking of children, acceptance for those who already have them and pursuing modelling ambitions
“A day I just decided that no I have to stop this pity party of just feeling pity for myself because of the tribal marks, so I just started posting more pictures of me and then a photographer saw me and wanted a model with tribal marks,” said Adetutu.
“People were like where can you see that in this country and my friends on social media kept mentioning my name, that Adetutu wants to be a model and she has tribal marks. So I started in 2017, from there people come to my inbox to tell me how they can’t come out because of their tribal marks, how they conceal it. So I said no, this is something we need to speak out for, so I just started posting more and saying more of my aspirations.”
Facial scarification like Adetutu’s is achieved by either cutting or burning the skin. The marks are used to denote the bearer’s tribe or family and thought to enhance beauty.
“I don’t have any regret about my tribal marks again since I found myself and loved myself, that is it. I don’t have any regret any more because as far as I have accepted it that it is a cultural thing and a thing that was a part of the African heritage, no, it has been done,” said the aspiring international model.

However, modelling agent Joan Okorodudu noted that the local market isn’t large – or diversified – enough yet for Adetutu’s unique look. “In Johannesburg or a country where people get booked you know like, for adverts. But here it is very difficult, we don’t have major companies that will use people like her, I am hoping that one of these days that you can look at someone like Adetutu and then call, get the booker say they want to use her.”
Though facial scars can be found across Africa, they are becoming increasingly restricted to people in the rural regions. The Nigerian government has moved to outlaw the practice, but many states have yet to approve the law.

Oct 13 – The California state constitution, which prohibited slavery, was signed in Monterey

Oct 13 – The California state constitution, which prohibited slavery, was signed in Monterey 0