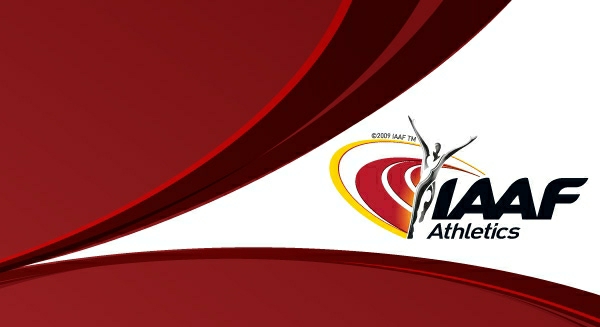 Six male and female athletes have been named in the IAAF 2018 Wprld Athletes of the year awards. Every year, the International Association of Athletic

Six male and female athletes have been named in the IAAF 2018 Wprld Athletes of the year awards. Every year, the International Association of Athletics Federations (IAAF) hosts the Athletics Awards,where it honours outstanding athletes from across the world. The world governing body has just announced 20 nominees for both the Male and Female World Athletes of the Year.
Regardless of the controversy surrounding IAAF’s new rule limiting testosterone level in female athletes, South Africa’s Caster Semenya has had a good year, and appears on the list in its female category. She won gold in the 800 metres at the Continental Cup in Ostrava, the Commonwealth Games in Gold Coast and the African Championships in Asaba. The list also has Kenya’s Beatrice Chepkoech who, this year, ran 8:44.32 to set a new world record in the 3000 metres steeplechase, becoming the first woman ever to run under eight minutes and 50 seconds.
The nominees for 2018 Female World Athlete of the Year also include Dina Asher-Smith (GBR), Sifan Hassan (NED), Caterine Ibarguen (COL), Mariya Lasitskene (ANA), Shaunae Miller-Uibo (BAH), Sandra Perkovic (CRO), Nafissatou Thiam (BEL), Anita Wlodarczyk (POL), all selected by an international panel of athletics experts, comprising representatives from all six continental areas of the IAAF.
South African Long Jump champion Luvo Manyonga has been nominated for the IAAF Male World Athlete of the Year award, alongside Kenya’s Timothy Cheruiyot, Eliud Kipchoge and Emmanuel Korir.
Manyonga retained his Diamond League title this season and took gold at the Commonwealth Games at Gold Coast. The 27-year-old who took silver at the IAAF World Indoor Championships behind Cuban’s Juan Miguel Echevarria, is also nominated for the Sportsman of the Year and the People’s Choice of the Year at the South African Sports Awards, which is scheduled to take place in November.
Also a Diamond League champion, Timothy Cheruiyot holds world leads at both 1500m and one mile, with nine out of 11 wins across those distances, and silvers at the Commonwealth Games and African Championships. Kenyan long-distance runner Eliud Kipchoge is a London Marathon champion and Berlin Marathon champion with the biggest improvement on a men’s marathon world record since 1967, while middle-distance runner Emmanuel Korir, also from Kenya, is World lead and the world’s fastest at 800m since 2012 and World number six at 400m.
The award which has been won by Usain Bolt six times, the last in 2016, also includes Continental Cup winner Abderrahman Samba (QAT), Christian Coleman (USA), Armand Duplantis (SWE), Noah Lyles (USA), Kevin Mayer (FRA), and Tomas Walsh (NZL) in its nominee list.
This week marks the opening of the voting process for the 2018 World Athletes of the Year. A three-way voting process will determine the finalists: The IAAF Council and the IAAF Family will cast their votes by email, while fans can vote online via the IAAF’s social media platforms.
Voting for the Female World Athlete of the Year closes on 12 November, while the Male Athlete of the Year closes on 13 November. At the conclusion of the voting process, five men and five women finalists will be announced by the IAAF.
The male and female World Athletes of the Year will be announced live on stage at the IAAF Athletics Awards 2018 in Monaco on Tuesday 4 December

Loading...
Newer Post
Prince of Wales, Duchess of Cornwall to Celebrate Nigerian Partnership with Visit
Older Post
Stolen Benin Bronzes to be Loaned Back to Nigeria by European Museums