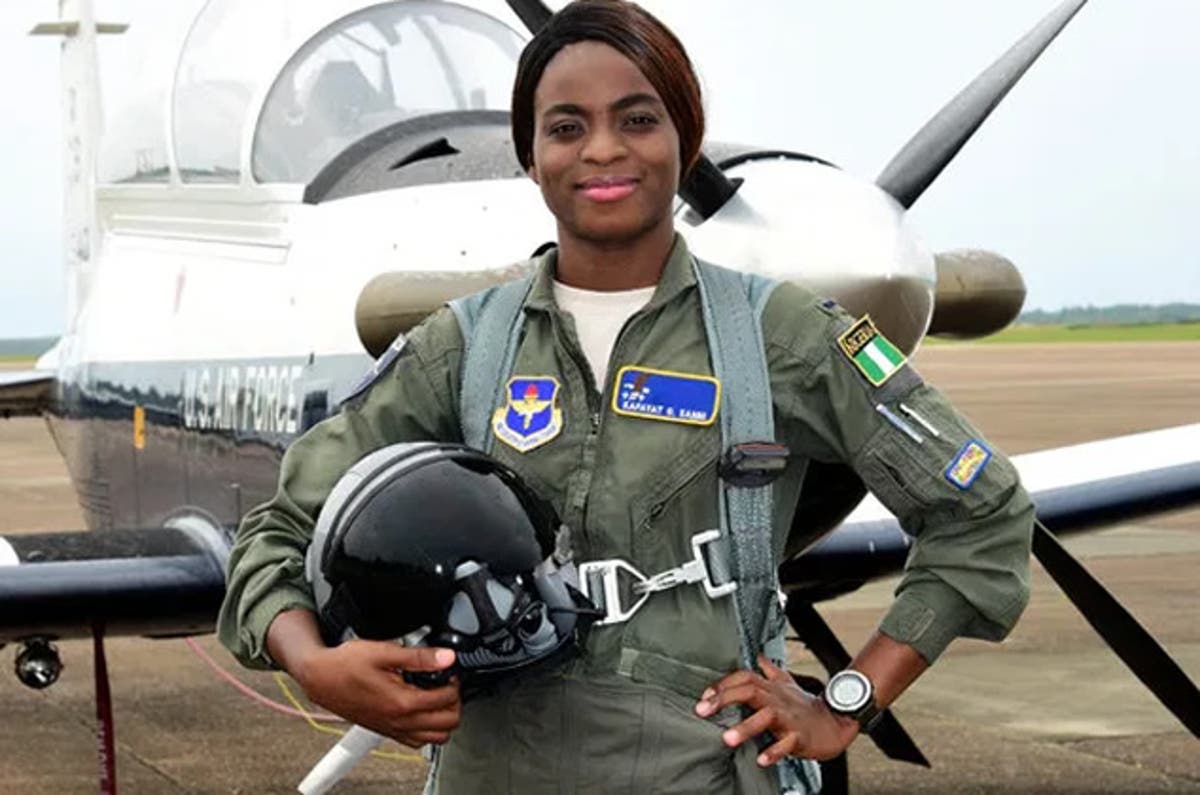 Hannibal, the black military general who conquered Europe
Conrad Murray was found guilty of involuntary manslaughter in the death of Michael Jackson
“Passion Helps me Scale through Any Form of Challenge”- Ed Izycs

Sanni who always had the ambition to become a fighter pilot disclosed,“ It was what I wanted to do. And I felt that everyone is not supposed to fold their arms and watch what is happening in our country.”

“Everyone could always play their part. So, I did not think there was any reason for me to think that it is not possible for me to actually fly the jet because there was no female that ever flew the jet. I believe I could achieve it and I did.”

Now awaiting deployment soon to the North-East of Nigeria to join in the Boko Haram counter-insurgency operation and other internal security operations across the Nigeria, Lt. Kafayat Sanni averred; “It is a privilege for me to be winged as the first female fighter pilot in the Nigerian Air Force,”

Upbeat about the task ahead, she pointed, “There are other pilots there on the fronts and they are playing their part. They have been doing their best. So, I am also just going to join my male counterparts in the insurgency fight and every other thing that has been going on in our country. So, I am just going to get there and play my part.”

Sanni is also encouraging young girls to dare to live their dream, admonishing them never say no to opportunities. “They should always strive to be the best and put in their efforts. They should never look at anything that seems to want to overpower or overshadow them. For me, you can always attempt things and if they do not work out well; fine. But at every point in time, you just need to put in your best.”

Do you find Ben’s achievements impressive? Leave us a feedback in the comment section and let us know what you think. For more impressive achievers stories, click here.