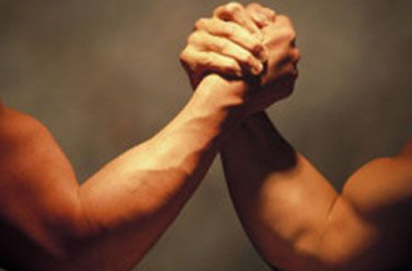 The maiden edition of the West Africa Arm Wrestling Classics, tagged “Lagos 2019” is scheduled to hold in Lagos on February 9, 2019, the Nigeria Arm W

The maiden edition of the West Africa Arm Wrestling Classics, tagged “Lagos 2019” is scheduled to hold in Lagos on February 9, 2019, the Nigeria Arm Wrestling Federation (NAF) has announced.

President of the body, Olatunji Jackson, made this known in Lagos on Monday saying that the one-day event would hold on Feb. 9 at the Rowe Park Sports Centre in Yaba.
According to him,no fewer than 60 athletes from other West Africa countries would participate in the classics alongside Nigerian athletes.
“We are set to host West African countries come Feb. 9 in Lagos; the stage is set as far as this competition is concerned.
“We have put all the necessary things in place to ensure that the competition go smoothly as planned.
“We are expecting between 60 and 100 athletes from other countries, while the event will be an all comers affairs for our athletes at home.
“Apart from competing, the competition will also help to strengthen ties among the region through sport,’’ he said.
Adding that participants would compete in five male and female categories respectively at the event, he noted that the competition would be used to select athletes that would represent the country at the forthcoming Africa Championships slated for May 30 to June 2, 2019 in Bamako, Mali.
“This competition is also coming at the right time as we are preparing ahead of the 10th Africa championships.
“That is why the classics is an all comers affair for our athletes, so that we can select the best hand that can represent us in Mali,’’ he said