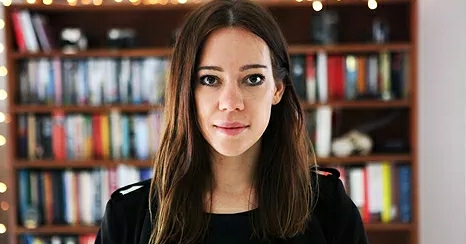 Filmmaker René van Rooyen’s magical realist period drama, Toorbos, won the Works in Progress (WIP) award for final mix at the 2018 Cape Town International Film Market and Festival (CTIFMF). Out of 54 entries from over 15 countries in Africa, the film was one of five fictional works selected to participate in the CTIFMF Works in Progress programme.
This intensive process, showcased to programmers from Rotterdam, Berlinale, Tribeca, SXSW, Cannes Critics Week, Cannes Directors Fortnight, Venice, TIFF and London BFI; international sales companies such as Pyramide International, Flourishing Films, MPM Premium, Memento and Versatile, as well as talent agents Casarotto Ramsay & Associates and Curtis Brown took place at the 2018 CTIFMF.
“René van Rooyen is a local voice. She’s not too far from Cape Town. If you have not heard this name before, make sure you take notice, we have clearly witnessed the birth of an auteur. (Toorbos is) an accomplished and assured feature from René van Rooyen. Although Toorbos has a period setting, the skill and voice of this filmmaker are tremendous and undeniably fresh. We are guided through the magic and the wonder of the forest, which is beautifully and thoughtfully captured and brought to life through our strong central female character,” said the jury said about Toorbos.
Toorbos, based on the acclaimed novel by Dalene Matthee, explores the Afrikaner feminine through her fragility and power. This magical realist period drama, set in South Africa’s Knysna forest of the 1930s, follows the free-spirited Karoliena as she is coaxed into marriage to a townsman and has to navigate the realities of progress, the oppression of society, of denying her true self, and her fight back to her own personal freedom.
“Toorbos has been a long and extremely challenging dream, which started six years ago, the CTIFMF WIP programme was an incredible process that opened doors and interest from the biggest players from all over the globe. I’m incredibly proud of the jury’s feedback and excited about their prospects for the film in launching it in the rest of the world,” says Van Rooyen.
“From the moment I saw the first cut of Toorbos, I knew our decision to produce this film was the right one. Its success at the CTIFMF is further proof that Toorbos has a bright future ahead on the world stage. I am incredibly proud to be involved in this magical film,” co-producer André Scholtz concludes.
Directed by René van Rooyen, produced by Dries Scholtz and André Scholtz, Toorbos releases countrywide in film theatres in South Africa in January 2020.