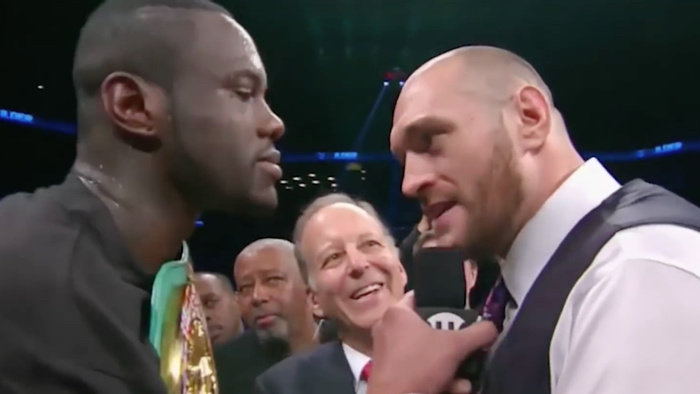 The World Boxing Council has given the go-ahead for a “direct rematch” between their heavyweight world champion Deontay Wilder and Tyson Fury, who bat

The World Boxing Council has given the go-ahead for a “direct rematch” between their heavyweight world champion Deontay Wilder and Tyson Fury, who battled to a draw in Los Angeles last Saturday.
“Wilder and Fury gave boxing one of the best fights in the heavyweight division in a long time, which has created tremendous popular demand for the fans to see a rematch,” the WBC said in a statement on Friday.
It added that it had conducted voting through the board of governors “which resulted in unanimous agreement” to sanction the rematch.
Wilder (40-0-1, 39 knockouts) retained his WBC belt after a thrilling 12-round battle ended in a split decision draw.
Many thought Fury (27-0-1, 19 KOs) did enough to win despite being knocked down twice.
On Monday, Fury voiced fears that Wilder would seek to duck a rematch.
But Wilder promptly rejected that claim, saying a rematch with Fury was his priority over a unification bout with Anthony Joshua, holder of the WBA, IBF and WBO belts.
WBC President Mauricio Sulaiman is all for it.
“I wish to once again congratulate Deontay Wilder and Tyson Fury for their great battle inside the ring and for the exemplary sportsmanship after the bout,” he said