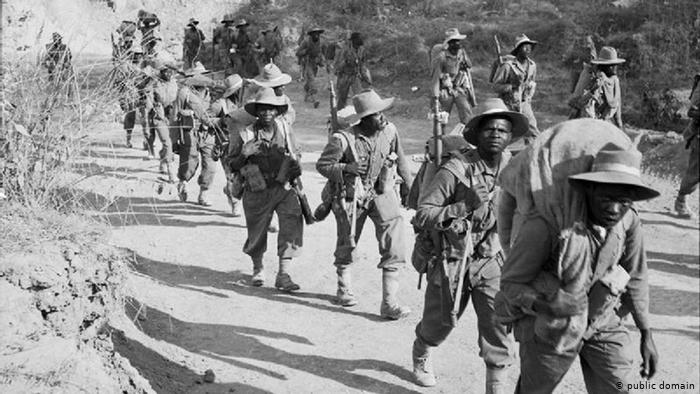 The forgotten roles played by African soldiers in the World War

The Head of First World War and Early 20th century conflicts at the Imperial War Museums in London, Alan Wakefield posits that “African soldiers were

Kunta Kinte Island is known as the 17th-century transit point and settlement for the Trans-Atlantic slave trade
The Mmanwu festival of the Igbo people: a rich celebration of masquerades
Nigeria’s agbada challenge: a lesson on how Africa should proudly display its culture

The Head of First World War and Early 20th century conflicts at the Imperial War Museums in London, Alan Wakefield posits that “African soldiers were crucial in fighting for the French on the Western Front in Europe because French troops suffered heavy casualties early in the war.”

Britain is said to have relied solely on Africans for manpower on the western front and during the Egypt and Palestine Campaigns. Their functions included carrying ammunition, digging trenches and setting up camps. According to reports, the African campaigns could not have been as successful without Africans and their contributions.

Nevertheless, each country had its conscription strategy, most of the African soldiers were forcibly conscripted. In his book Fighting for Britain, David Killingray says over half a million African troops served with the British forces between 1939-1945, with a combination of 289,530 from Uganda, Kenya, and Malawi. He gathered was dubbed the largest single movement of African men overseas since the slave trade abolishment. The French are documented to have had a permanent camp set up in their African colonies they were called the Tirailleurs Senegalais although mostly from Senegal they came from various French colonies.

Serving as a surrogate French army, this army was set up in as early as 1857. The conscripted people were mainly social exiles just rounded up whomever they saw and dropped them off at a local army base; usually after some initial cruelty. In the first world war, the African troops who went with the French were approximately 170,891 and about 30,000 were killed. Senegal alone recorded over one-third of men in all military ages sent to fight.

The African soldiers contributed immensely to the successes of the allied powers. When they began to fail, it was quite unfortunate that most paid with their lives in a war they where forced to participate it. Africans were merely victims of being colonized people thus they were exploited both internally and externally.