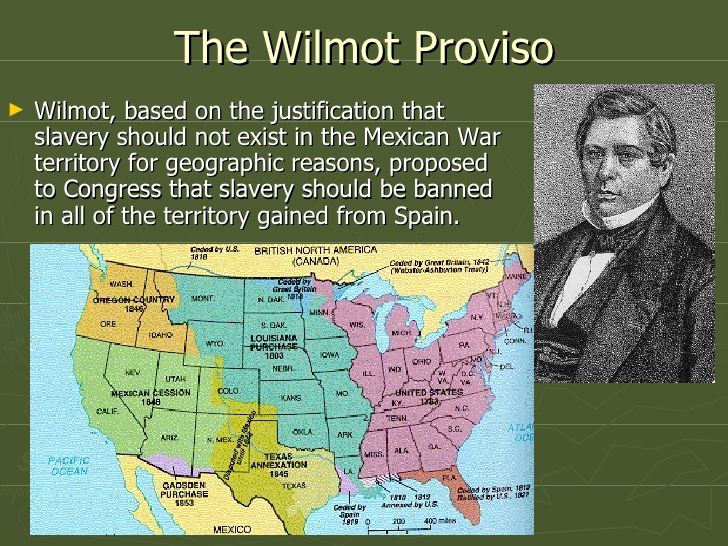 August 8, 1846: The Wilmot Proviso became globally known. On August 8 Wilmot Proviso, in U.S. history, is an important congressional proposal in the

Charlotte M. Manye: the first native African to graduate from an American University
August 6: Nelson Mandela got arrested and Voting Rights Act got signed
Patricia Roberts was the first Black woman to serve in the United States Cabinet

On August 8 Wilmot Proviso, in U.S. history, is an important congressional proposal in the 1840s to prohibit the extension of slavery into the territories, a basic plan upon which the Republican Party was subsequently built. Soon after the Mexican War, Pres. James K. Polk asked Congress for $2,000,000 to negotiate peace and settle the boundary with Mexico.

On behalf of anti-slavery forces throughout the country, a Democratic congressman from Pennsylvania named David Wilmot offered an amendment (August 8, 1846) to the bill forbidding slavery in the new territory, thus precipitating bitter national debate in an atmosphere of heightening sectional conflict.

Despite repeated attempts, the Wilmot Proviso was never passed by both Houses of Congress. But out of the attempt by both Democrats and Whigs to subordinate or compromise the slavery issue grew the Republican Party, founded in 1854, which specifically supported the Wilmot principle.

Do you find this information enlightening? Leave us a feedback in the comment section and let us know what you think. For more impressive achievers stories, click here.