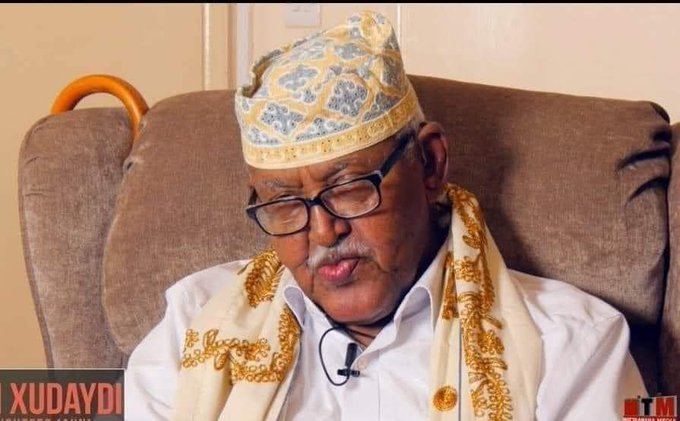 Internationally-renowned musician often referred to as 'King of Oud' Ahmed Ismail Hussein, died in London on Tuesday at the age of 92. Reports claim

Internationally-renowned musician often referred to as ‘King of Oud’ Ahmed Ismail Hussein, died in London on Tuesday at the age of 92. Reports claim he died from COVID-19 complications after spending four days in the hospital.

Speaking of Hudeydi, Hanna Ali, the artistic director of the UK-based Kayd Somali Arts and Culture center, said his music “embodied the sound of the long struggle to freedom and independence”.

The legendary oud player was born in Berbera in what is now Somaliland in 1928, Hudeydi became a popular figure as a composer and musician throughout the late 1950s and 1960s during the anti-colonial movement and decolonization period.

As Somaliland received her independence from Britain in 1960, he was in Hargeysa performing in Freedom Park as the new flag went up.

His music became popular transcending  borders and he started to tour internationally, shortly after which he was named ‘Hudeydi’, and given the title the “King of Oud”.

Hudeydi became part of Somali cultural and artistic hub in London after he moved there in the 1990s during the Somali civil war, creating a salon in his home for artists and music lovers alike.

“His music and legacy has been contributing to the unity of our people, transcribing the independence journey into music and poetry,” said Somali novelist Nadifa Mohamed.

“His classic style known as ‘Qaraami’ songs have been inducted into Somali song books and his place in our cultural pantheon,” she added.

He was recently honored by Kayd Somali Arts and Culture center who hosted his final retirement concert in February 2020.

Paying his tribute, Kayd Centre’s Director Ali said “His iconic legacy will continue to live on through his music and in the memories of all those of us who adored him and continue to do so.”