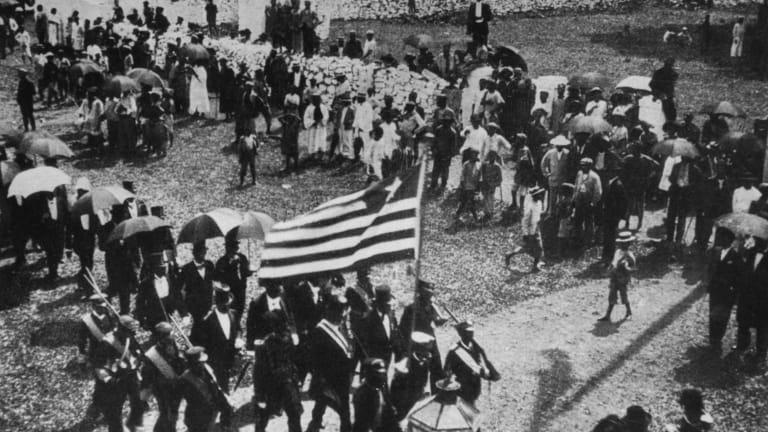 The Main Ingredient, Soul and R&B group, reached the number 2 spot on the R&B charts
August 7: The Wilmot Proviso is propose in the United States
Ota Benga – stolen from Congo and caged in a zoo

The pronouncement made by Joseph in July 26 eventually changed the nomenclature of the West African Nation of Liberia. Roberts, himself, was born in Virginia.

Three factors were behind the founding of Liberia beginning around 1821. Free Blacks were coming under increasing discrimination in America; pro-slavery forces felt the presence of free Blacks would encourage rebellion within the slave population; and friendly Whites (like those in the American Colonization Society—ACS) felt Blacks would never be treated fairly in America and should return to Africa. The ACS helped more than 13,000 Blacks return to Africa with most going to Liberia.

1926—The NAACP awards its prestigious Spingarn Medal to Carter G. Woodson for his work in Black History. Indeed, Woodson became known as the “Father of Black History.” The historian, author and journalist founded Negro History Week—the precursor to today’s Black History Month. Woodson felt knowing true Black history would be an inspiration to people of African ancestry. He once wrote: “Those who have no record of what their forebears have accomplished lose the inspiration which comes from the teaching of biography and history.”

Do you find information useful? Leave us a feedback in the comment section and let us know what you think. For more impressive achievers stories, click here.