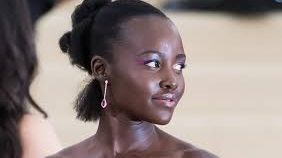 Oscar-winning Actress, Lupita Nyong’o is set to play a lead role as a Nigerian girl in the TV adaptation series of Chimamanda Ngozi Adichie's best-se

Avila Naturalle set for 2019 dinner and awards
“Being afraid of dying was what made me keep moving” — Ghanaian artist, Reuben Odoi
Hugh Masekela: A Reflection on the South African Jazz Legend One Year After his Demise

Oscar-winning Actress, Lupita Nyong’o is set to play a lead role as a Nigerian girl in the TV adaptation series of Chimamanda Ngozi Adichie’s best-selling novel, Americanah.
Already, celebrated actress Danai Gurira has written the series pilot, with a limited series having been ordered by HBO Max, to serve as showrunner of the 10-episode series.
For Lupita, it is like a dream come true. She puts it thus; “Americanah’ has been a passion project for me since I read Chimamanda’s beautiful novel in 2013.”
“It’s a tale that is simultaneously timely and timeless. HBO Max is the perfect partner to bring this profound and celebrated story to life, and I’m thrilled that Danai will bring to the project her intelligence, wit, and understanding of the stories and the worlds of ‘Americanah,’” she said.
Adichie’s ‘Americanah’ is a powerful, tender story of race and identity and is centered around two young lovers, Ifemelu and Obinze who depart military-ruled Nigeria in search of better fortunes in the West.
The heroine, Ifemelu, heads for America, where she is forced to grapple with what it means to be Black for the first time.
Not able to travel to the United States to be with her, Obinze’ finds his way to London, where he lives for several years as an undocumented immigrant. Nearly two decades later, the two reunite back home in Nigeria and re-ignite their undying love and passion.
‘Americanah’ will be the fourth project that Nyong’o and Gurira will be working on together. The two have already appeared in Black Panther, Avengers: Endgame, as well as, in Gurira’s play Eclipsed.
Nyong’o had earlier planned to adapt Chimamanda’s novel into a film in which she would star alongside David Oyelowo. However, she disclosed last year that the book will rather be adapted into a series.
Nyong’o will be playing the character of Igbo girl Ifemelu, but this has generated mixed reactions on Twitter. While some thought that a Nigerian actress would have been better for the role, others didn’t mind