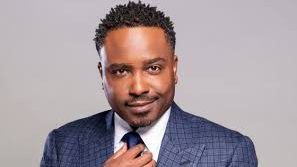 Jason Weaver: the singing voice of Simba in the ‘Lion King’ enjoying royalties for life.

If not for the mother of then young teenager Jason Weaver, it would have just been a one-off payment of $2m flat rate from Disney with no royalties, f

If not for the mother of then young teenager Jason Weaver, it would have just been a one-off payment of $2m flat rate from Disney with no royalties, for voicing Simba in the epic animation movie. His mum however countered, probing if a system could be engineered for him too receive a sum and then enjoy royalties for life. Today, Weaver has his mum to thank for the steady cheque he receives since featuring in Walt Disney’s 1994 feature animation film ‘The Lion King.’ 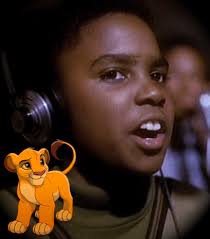 Weaver stated in an interview; “I remember it was like $2 million. You gotta remember, they’re coming off of Beauty and the Beast. They’re coming off of Aladdin. Disney had bread.”
A young J.ason Weaver via lipstickalley.com
“Disney had a reputation for re-releasing stuff,” he continued. “I think at that time they had put out Sleeping Beauty and some of their old catalog from when Walt Disney was alive. They were releasing that stuff when they were releasing the new Disney stuff, so she [Weaver’s mother] was able to see the playing field and go, ‘Wait a minute, this is going to make a lot of money over time, so what happens when my son turns 40? Is he going to be able to get a cheque for this when they eventually re-release this.”
Weaver eventually had $100,000 upfront and a share of royalties. The gamble to decline $1.9 million has paid off as he says royalties he has received in 25 years has scaled the one-off sum.

Weaver had earned $80,000 from his prior role as Michael Jackson in the TV mini-series The Jacksons: An American Dream.
The Lion King was released on June 15, 1994, to a positive reaction from critics, who praised the film for its music, story, and animation. It grossed $968.5 million in the box office.
Ever grateful to his mother who has ensured that even when he dies, his estate will pass royalty to his son, he stated: “Shout out to my mother…She was absolutely right. That residual income that I generate, that is so helpful,” adding, “if my mother hadn’t done that; that would have been one of the biggest mistakes of my career business-wise.”
Disney’s CGI remake of its 1994 film The Lion King has crossed $1.3 billion at the international box office, officially beating out Frozen’s $1.27 billion to become the top-grossing animated film of all time, per CinemaBlend.
Weaver’s other acting credits include ‘The Lebrons’ TV series, ‘ATL’ and ‘The Ladykillers.’