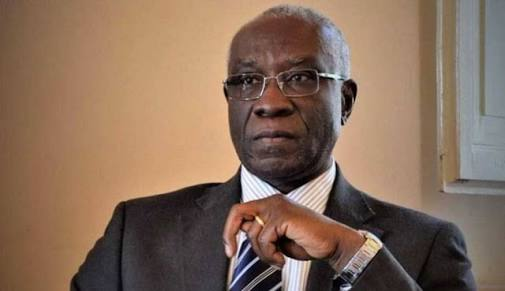 For the first time in history, a bkack man has been elected into the Italian parliament and he is no other than Nigerian Toni Iwobi. Mr Iwobi met wit

For the first time in history, a bkack man has been elected into the Italian parliament and he is no other than Nigerian Toni Iwobi.
Mr Iwobi met with President Muhammadu Buhari, along with a high-powered team from the Italian Senate on the sidelines of the 73rd United Nations General Assembly in New York on Thursday.
The Nigerian president Muhammad Buhari congratulated Iwobi who was elected in March this year, on the platform of far-right League Party through his Special Adviser on Media and Publicity, Mr. Femi Adesina, saying it showed the advanced respect of Italians for human beings, in spite of colour and admitted it was very impressive.
The Italian team, according to Adesina, discussed issues such as illegal migration and possible solutions through investments in Africa, the recharge of Lake Chad via inter-basin water transfer, among others.
“Africa doesn’t need charity, but collaboration to develop,” Iwobi was quoted to have said.
He said Buhari in response, said irregular migration from developing to developed countries was often caused by insecurity, education, health care, and climate change.
Adesina quoted the president as saying, “Climate change has had negative impact on a big country like Nigeria.
“That is why our youths often defy the Sahara Desert and the Mediterranean Sea, to try and get to Europe. It is a problem that needs to be solved.”
The statement added that the Italian Senate delegation is planning to visit Nigeria soon.