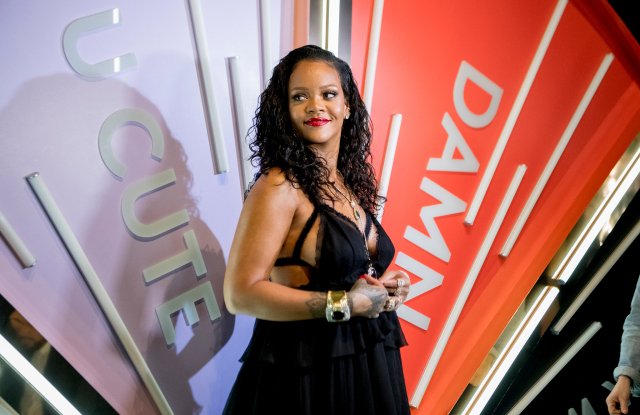 Multiple award-winning singer, actress, makeup mogul and fashion designer Rihanna has become the first black woman to create a luxury brand with the world’s biggest fashion brand, Louis Vuitton after the achievements that signing up Ghanaian Virgil Abloh as the brand’s creative director accrued.
Since Christian Lacroix in 1987, it will be the first time that CEO Bernard Arnault is launching a brand under the parent company of Louis Vuitton, and judging from the look of it, the music star is relishing every moment of the deal.
Speculations on what the luxury brand is about, have already started spreading with the most popular rumour being that the line might be luxury sunglasses as Rihanna was spotted rocking a pair of shades with.
Knowing Rihanna, the sunglasses might just be a distraction to make the surprise even bigger when the line is released later this year.
After the feud between daughter and father, the new deal comes up as a potential healing balm for Rihanna and her father after she sued him over the use of the Fenty name by their respective companies. The lawsuit states that Fenty and another man “have egregiously and fraudulently misrepresented to third parties and the public that their company is affiliated with Rihanna, and has the authority to act on her behalf.”
The Rihanna and Louis Vuitton brand, which is yet to be named, is still in its early stage as it is reported that Louis Vuitton has picked employees to work on the collection.