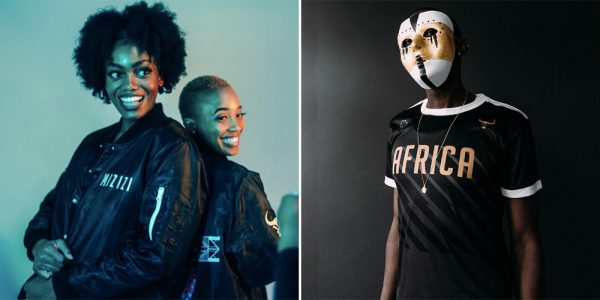 MIZIZI is a lifestyle brand alright, but it goes beyond that and going by the meaning of its name in Swahili, which is“roots” the name is therefore an

MIZIZI is a lifestyle brand alright, but it goes beyond that and going by the meaning of its name in Swahili, which is“roots” the name is therefore an indication that the company is committed to connecting people to their ancestral ties, as well as empowering black and brown people across the world. Put simply, MIZIZI’s fresh and stylish streetwear collections serve as visual reminders to be proud of one’s roots.

As a young Ghanian-American living in Florida, Paakow Essandoh, was familiar with the struggles that come with reconciling African culture with American culture when formulating one’s own identity.
Essandoh recognized a lack of visible expression and representation of African pride in Florida and speculated that his disenchantment must have been shared by many who belong to the African Diaspora.
The idea for MIZIZI came about in the dining halls of the University of South Florida. In an effort to champion underrepresented identities of the African Diaspora, Essandoh and friend and co-founder George Kariuki (who later left the company for other business endeavors), started MIZIZI.
During their time at college, the pair spent hours brainstorming ideas for patterns and designs that could be marketable. Finally, in the summer of 2015, the jersey line officially launched.
But MIZIZI goes beyond the category of a streetwear brand.
It is a global community that connects people belonging to the African diaspora. A visual articulation of solidarity and collectiveness and at the same time, a celebration of individual identity.
It’s a connection that is so far-reaching, it extends to the Marvel Universe — with MIZIZI launching an exclusive Wakanda collection — and now a collaboration with the multi-billion company to add to its CV.
Ranging in style from baseball, basketball, hockey, soccer jerseys and bomber jackets, the brand has dropped over seven original collections since its launch three years ago.
With such cultural variety that make up the geographies of the African Diaspora — environments rich in vibrant color, patterns — the designers at MIZIZI have an endless source of inspiration and each national jersey has their own fresh flow.
On the website, the jersey collections are arranged geographically, from countries in Africa, the West Indies and Latin America with an AfroLatinx collection.
There is also a Black Lives Matter collection — a mode for which blackness is affirmed — a visual way for the identities and humanity of people of African descent not to be denied against Western indifference.
From its roots in Florida, the company has now expanded internationally. Actress Sasha B. Lane (American Honey, The Miseducation of Cameron Post) has joined forces with the company becoming a MIZIZI brand ambassador.
Amidst a cultural moment where the hashtag #WakandaForever dominated social media platforms, the enthusiastic reception of Black Panther was evidence of a global population that continues to look to art, in all its forms (film, music, fashion, art), as a means to connect oneself to their ancestral ties.
MIZIZI is not exempt from this and the streetwear brand has become a movement of its own, connecting people of African descent with the important message to #StayRooted