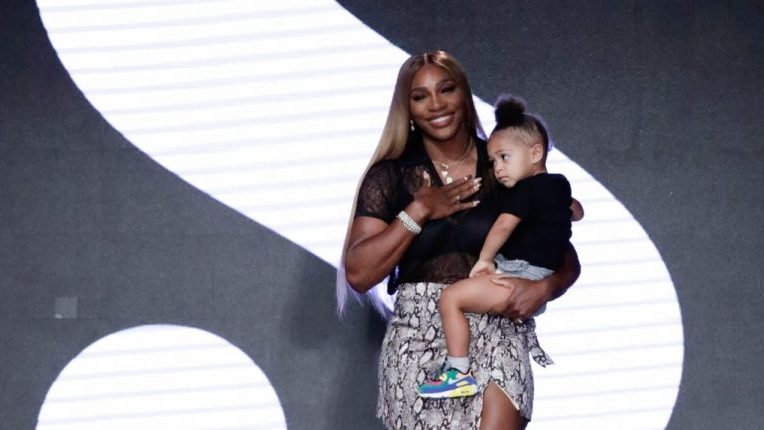 South African Lady’s Masters’ Thesis Is Converted Into A Ph.D.; The First in The School’s History.
Senegalese American Issa Rae Working Her Resolve to Bring Diversity to Hollywood
Esther Rolle; Life Summary as an Actress

The 2-year-old rocked the runway with her mum wearing black top and colorful shoes, and with her hair piled into a high pony.

The tennis star and former Number 1 player was displaying the new Spring/Summer 2020 collection of her fashion line, “Serena, at Metropolitan West in New York City.

The occasion marked the second runway show for the label.

Personalities present were Kim Kardashian West who sat at the front row attended with her pal, Lala Anthony. Ashley Graham and Gayle King were also among the audience.

The Williams’ family fun came days after she was defeated by Canadian Bianca Andreescu at the U.S. Open, though she was being cheered on by celebrities like Meghan Markle, Priyanka Chopra Jonas, Natasha Bedingfield, and Gigi Hadid.

However, the loss came as a shock to some, but Williams still has her “greatest achievement” which is her daughter, whom she welcomed with husband Alexis Ohanian in 2017.

Recently, she took to social media to gush about how fulfilling motherhood has been.

The tennis star said this while marking the little girl’s second birthday.

“The last two years have been my greatest accomplishment”.