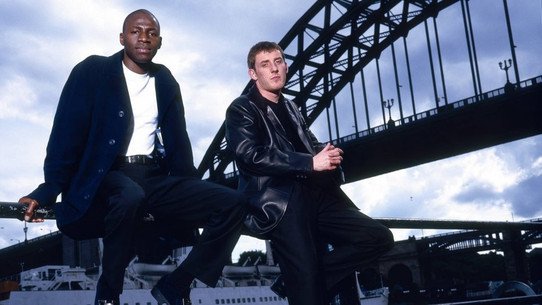 In 1996, Ocean drive was one of the hit tracks performed by the duo Tunde Baiyewu and Paul Tucker and produced by Mike Peden. The song reached the top

Nigeria undoubtedly produces some of the most talented and intelligent people on virtually every sphere of endeavor; a success story seen across the continents of the world, as evident in the life of Babatunde Emmanuel Baiyewu, a Nigerian British music icon, popularly known as Tunde Baiyewu.

Born in London on November 25, 1968, Tunde was taken to Nigeria by his mother at the age of five after the death of his father.  However, ten years later he returned to England, where he studied accountancy at the University of Northumbria bagging a degree in accountancy. While in Northumbria, he met Paul Tucker with whom he collaborated to form the Lighthouse Family. After the dissolution of the duo, he continued his career solo releasing Diamond in a rock in 2013 and the album Tunde in 2014.

His ITV documentary tagged “Faith in Music” would later revolutionize his music and influence the way he sang afterwards.

Some of the popular songs by Lighthouse include:

-Whatever Gets You Through the Day

-I Could Have Loved You