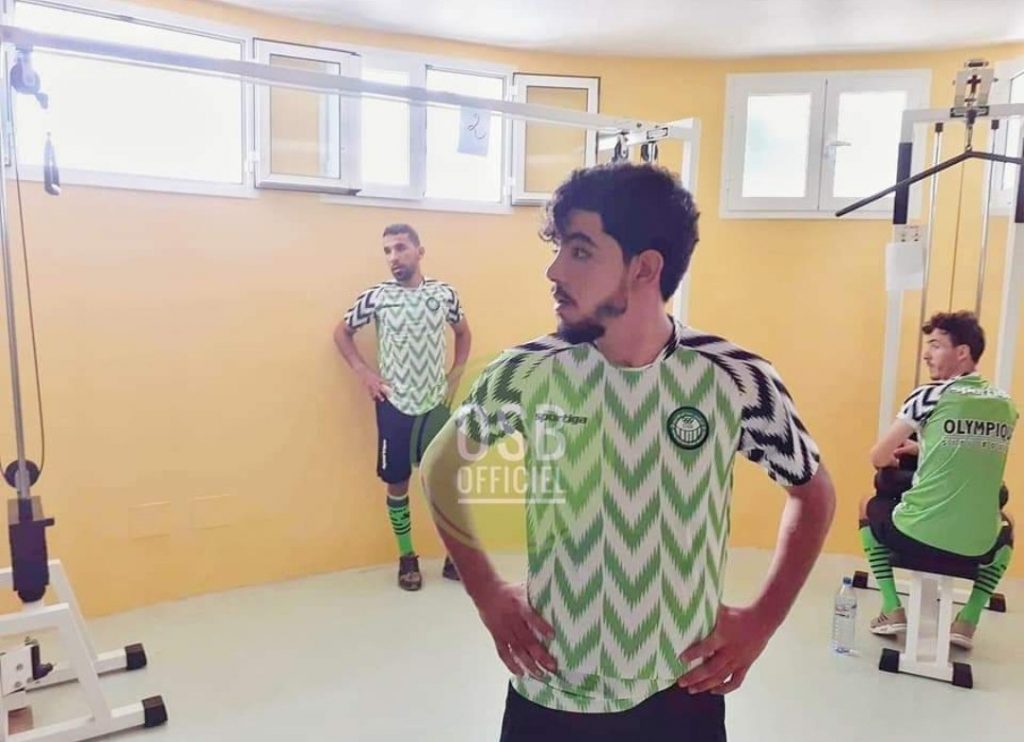 A club in Tunisia, L’Étoile Olympique de Sidi Bouzid has revealed their new kit ahead of the new season and it has a sharp semblance with the Nigerian national team jersey.

The Super Eagles’ jersey was designed and made by Nike, it has a mixture of green, white and black colors.

The new jersey was widely accepted by football fans across the world after it was introduced ahead of the 2018 FIFA World Cup in Russia.

There were huge queues at numerous stores in London the day it was presented into the market before the 2018 World Cup finals.

However, EO Sidi Bouzid has neglected their green stripes for a new pattern.

The Tunisian club was founded in 1959, in the City of Sidi Bouzid and it is currently campaigning in the Tunisian Ligue 2 (Group B).