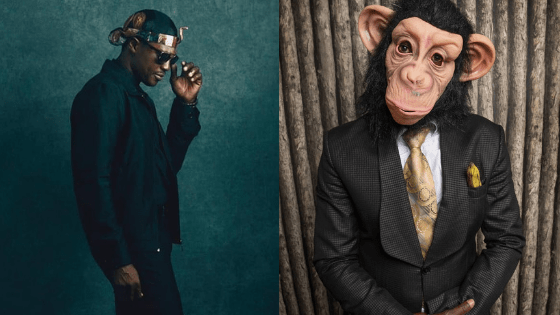 Why My Anniversary Concert Is Titled “Jungle Story”- Sound Sultan

"My songs are satiric in nature so for me to serve them I need to bring them to life with drama and embellish it with dance." In just about two wee

Genevieve Nnaji Signs Deal with US Agency for Film, TV Production
Artistes Can Use Music to Voice Out the Situation in Nigeria-Fela’s Daughter — Shalewa
Maxwell, Mary J. Blige headline the 2019 Cincinnati Music Festival

“My songs are satiric in nature so for me to serve them I need to bring them to life with drama and embellish it with dance.”

In just about two weeks, Sound Sultan would host a concert tagged Jungle Story 2018. The three-day event is the rapper/singer/songwriter/actor’s celebration of his eighteenth year of being on stage.
Already rehearsals have commenced and photos have been seen of him and several of his colleagues wearing different types of costumes.
On the idea behind the name and the concept of the concert, he explained that it was his take on the goings-on in the country.
“The story is about a land that became a jungle .because the motherland cast a spell on its people that who so ever indulged in corruption would be transformed into animals and over the years one transformation after the other it became a full-fledged JUNGLE,” he said.

Sound Sultan did, in fact, make his name by singing about social issues that affect his fellow Nigerians. His debut single “Jagbajantis” was released in the months after Nigeria returned to a democratic system of government in 1999. His seven albums since then have all been social commentaries and it is a core part of his artistry.
He also said that Jungle 2018 was conceptualized with drama to break it down for the masses. “My songs are satiric in nature so for me to serve them I need to bring them to life with drama and embellish it with dance.”
The choice of location as well as underscores the cultural importance of the man and his music. Terra Kulture is Nigeria’s unofficial culture headquarters, having been the site of plays, dramas and stage productions. Sound Sultan added that the three-day stretch was to enable more people to enjoy the show. “The event place is very suitable for such events but sits only five hundred at most. So we want to cater for at least 2500 audience.”
Jungle Story 2018 is billed for the 12, 13th and 14th of October 2018 and to mark his 18th anniversary,Sound Sultan, a theatre practitioner, director and actor, as well as a rapper, singer, songwriter- Jungle Story, will also feature stage plays in which some of Nigeria’s biggest stars will act. Already, the rehearsals have gotten underway and big names such as Nollywood favourite Kate Henshaw, Wale Ojo, comedians Basketmouth and Bovi have been seen learning their lines for the stage production. The concert will be Sound Sultan’s return to the stage, after a first outing in 2012.