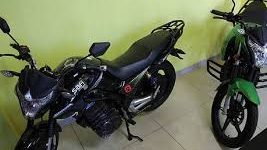 The recent history of innovation and development in Rwanda continues, its upward spiral with the launching of a model of electric motorbikes and bicy

The recent history of innovation and development in Rwanda continues, its upward spiral with the launching of a model of electric motorbikes and bicycles.
The country has been on an exceptional innovation spree coming out of a bloody civil war, and it indeed is a model to emulate. The electric bikes are the business of Safi Limited, a local start-up company committed to raising sustainable and efficient solutions to problems of transportation in the East African country.
Both motorbikes and bicycles will be available to be shared by the general public.
According to reports, the bikes will have smart locks installed on the tyres.
Users would then have to download a mobile app which they will use to unlock the bicycles from charging docks across Kigali, Rwanda’s capital.
For commuters without smartphones, smart-cards would be issued by the company to access the bikes.
Customers would use means such as mobile money or bank transfers to pay for using the bikes while card users will rely on agents to load their cards.
On his part, the CEO of Safi, Tony Adesina said, “We are here in Rwanda because of the approach we have seen the government taking in reducing the use of fossil fuel (such as the car-free day) as one of the key aspects toward achieving a cleaner environment.”
This innovation comes on the back of Rwanda making headlines as the first country to completely manufacture their own brand of mobile phones.
Pan-African conglomerate Mara Group launched the manufacturing plant Monday, unveiling its first sets of smartphones concurrently – Mara X and Mara Z.
Manufacturers will use Google’s Android operating system, costing $190 and $130 respectively. Mara Group will compete with Samsung, whose cheapest smartphones are believed to cost $54