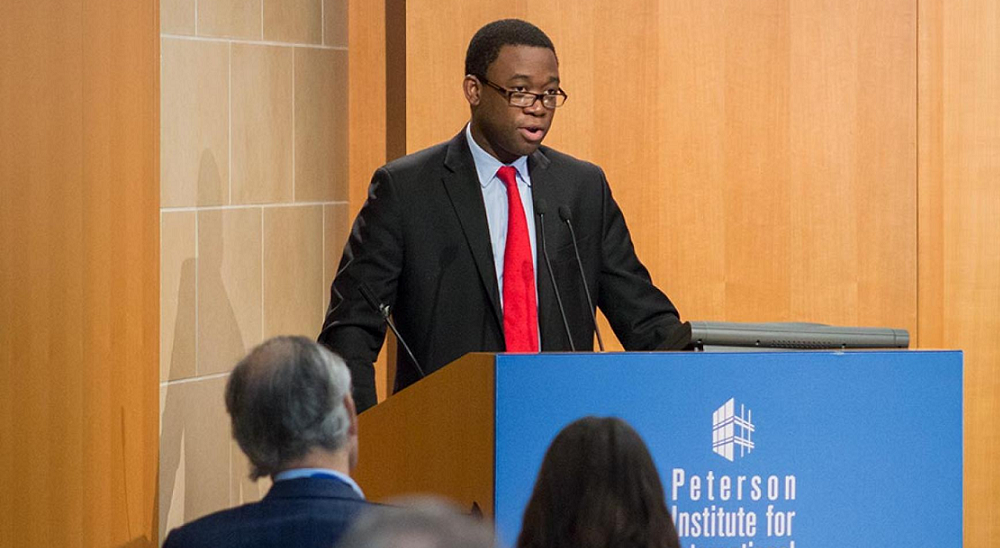 In many remarkable ways, Nigerians and indeed Africans generally have continued to blaze trails in vast spheres of endeavor globally, from medicine,

Viola Davis to play the role of Michelle Obama in “First Lady”
Twitter to begin effecting its ban on all political advertising
Freddie Figgers: The 29-Yr-Old Behind Only Black-owned Telco in America

In many remarkable ways, Nigerians and indeed Africans generally have continued to blaze trails in vast spheres of endeavor globally, from medicine, engineering, fashion, music to robotics and beyond.
The Obama Foundation has just appointed Adewale “Wally” Adeyemo as its first-ever president.
Adeyemo who was former deputy national security advisor for international economics of the foundation and deputy director of the national economic council will be in charge of the foundation’s leadership alongside Board Chairman Martin Nesbitt and CEO David Simas. He will also manage the foundation’s day-to-day operations and help implement the organization’s overall strategic goals and vision.
“Wally is the ideal person to help lead the Foundation team as we continue to grow the impact of our global civic engagement programs and advance the Obama Presidential Center,” Obama Foundation board chairman Nesbitt said.
Nesbitt said the Obama Foundation has grown from a staff of a dozen to nearly 200 and launched some programs to support the next generation of leaders making a positive change in their communities.
The chairman said Adeyemo’s’s executive experience in public and private sectors and previous service with former United States president Barrack Obama qualifies him to help the foundation continue to translate its sky-high ambitions into operational reality through daily leadership.
Obama Foundation CEO, Simas, said he is thrilled Adeyemo is joining the foundation and looks forward to working with him to execute the mission to inspire, empower, and connect people to change their world.
Simas opined that the Foundation will benefit from Adeyemo’s perspective and experience standing up new organisations having served at the highest levels of government.
On his appointment, Adeyemo was excited “to be joining in the work of the Obama Foundation — inspiring, empowering, and connecting young leaders focused on changing the world.”
Adeyemo was appointed in 2015 as President Obama’s senior international economics adviser, responsible for coordinating the policymaking process related to international finance, trade and investment, energy, and environmental issues.
He also has held several senior management positions at the U.S. Department of the Treasury, including Senior Advisor and Deputy Chief of Staff.

Adeyemo also helped launch the Consumer Financial Protection Bureau in 2011 as its first Chief of Staff. He is currently a senior advisor at BlackRock and the Center for Strategic and International Studies.