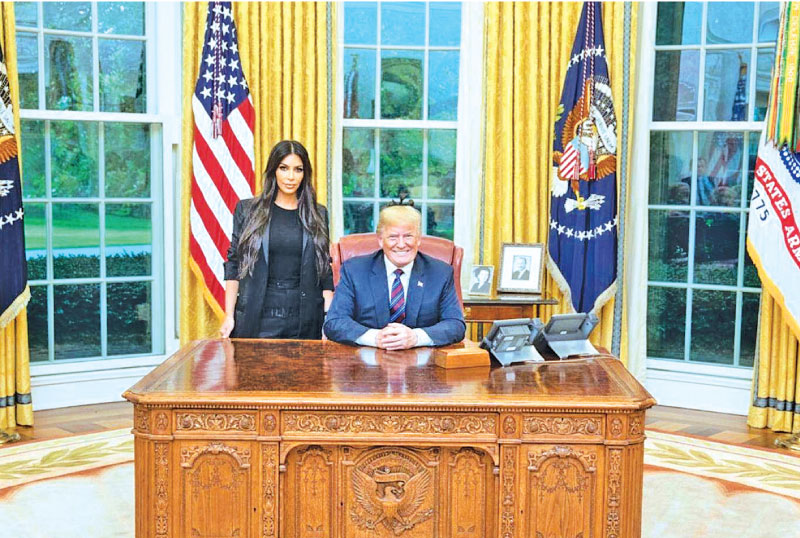 Kim Kardashian did it! Trump pardoned Alice Marie Johnson sentenced to life in prison. The president of the United States, Donald Trump, pardoned a

The president of the United States, Donald Trump, pardoned a woman sentenced to life imprisonment thanks to the intervention of Kim Kardashian.

According to CNN, the American celebrity was key in this decision. She has since visited the White House to personally intercede for the 63-year-old woman, identified as Alice Marie Johnson.

The woman had no history and during the two decades she spent in prison had good behavior, despite this, the former president Barack Obama, (who commuted sentences to nearly two thousand inmates), rejected Johnson’s pardon.

The old woman had already served 21 years in prison for drug trafficking, she could not qualify for parole benefits because it was a federal crime.

This case went viral in 2017, reaching the ears of Kardashian, who hired a legal team in charge of her personal lawyer Shawn Holley.

After coming to the knowledge of the news of the pardon to the conviction of Alice, it was Kim herself that released the news through social media.

“The best news in history !!!!”, was the text that the celebrity wrote next to a photo of the woman that has now gained freedom.

AFP, the liberalization of criminal sanctions for this type of crime had been a priority for the administration of Democratic President Barack Obama, but failed to obtain the support of Congress.