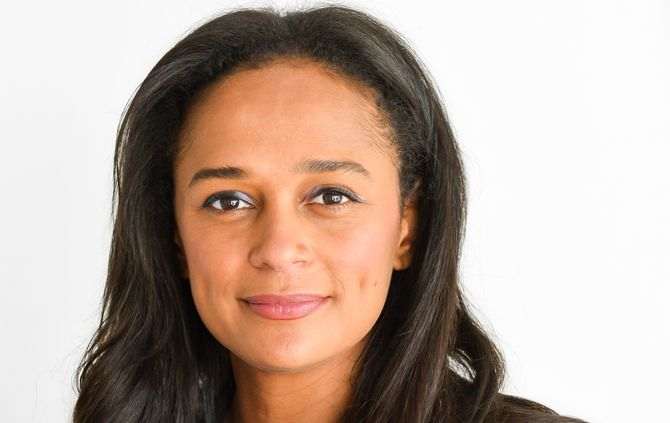 A prominent voice has been added to the drive for women empowerment as a viable economic option as Africa's richest woman, Isabel Santos, strongly bel

A prominent voice has been added to the drive for women empowerment as a viable economic option as Africa’s richest woman, Isabel Santos, strongly believes economically empowering African women lies the solution to the Africa’s economic freedom and a sure key to transforming society.
Dos Santos believes that some of the most promising and successful businesspeople in the world have been African because of the continent’s entrepreneurial spirit; a spirit she is not happy that has been weighed down by the stigmatization of women in the workplace.
Because she believes that this has robbed the economy of valuable innovators as well as barred women from achieving their ambitions, Santos has been working at changing this attitude and instilling a national confidence in women by offering young women access to the same education, job opportunities, and potential for growth as men.
Isabel dos Santos is the daughter of Jose Eduardo dos Santos, Angola’s long-time former president. Much of her wealth came from her investments and her previous position as the chairwoman of an oil company owned by the state called Sonangol. Dos Santos considers herself an independent businesswoman and investor and has become Africa’s first females billionaire. Forbes ranks her as the 9thwealthiest billionaire in Africa for 2018.
Her success story has been a beacon of hope for young businesswomen in various African countries. But dos Santos has told various reporters that her rise to riches was marred by the sexism she had to endure in a male-dominated African business world. She has no shortage of stories concerning prejudice and discrimination based on her gender, such as during business meetings where the people she’s negotiating with would look to her male assistant, advisor, or lawyer for validation though she already stated her offer. She is also frequently asked what business her husband is in when her wealth is made clear.
Despite her tribulations in the business world, Isabel dos Santos has maintained a charitable and hopeful perspective on life and takes on many projects geared toward improving small communities and local economies. One of these projects was in Humpata, in the province of Huila, where dos Santos helped establish a strawberry field, “planting the seed” to empower citizens. This project gave 120 women a place to work and a new income. On her website, dos Santos says:
“Creating opportunities and employment for women means betting on the progress of the communities themselves. When they thrive, women invest their income in the family, health, and education. I value this as a sense of duty, commitment, and dedication. The impact that women create around them is powerful and transformative.”
She calls on other African entrepreneurs to give back to their countries by investing in similar projects. Though they seem small-scale, she believes that with enough support, this type of philanthropic work can create a value chain large enough to impact the national economy. As a result, smaller communities will have more prosperous citizens and influence. Should those new entrepreneurs be African women, then dos Santos hopes that their success will help chip away at the stigma that women are less competent than men.
This is all part of one of Isabel dos Santos’ larger goals to increase the prosperity of African countries as a whole. She plans to accomplish this by working from the ground up, focusing on the individual, such as the promising young men and woman of various African countries.
“This is the true transformation of a country,” she says. It starts with a little hope and promise, with planting the “seeds”, and then, through the hard work of a community’s individuals, a brighter future can be earned.
By empowering them, she is, in turn, empowering their communities. This creates value within towns that have historically not had the chance to prosper, and by strengthening local economies, the national economy itself is bolstered.