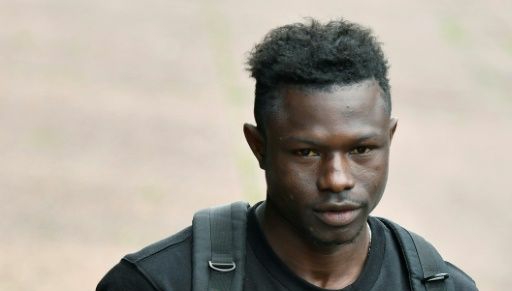 The heroic act of Malian born Mamoudou Gassama will go down in the annals of French history as one of the most profound by an illegal immigrant. The

The emperor who stopped Europe from colonizing his country
Hannibal, the black military general who conquered Europe
Europe’s Elite Court Warns Companies Using Facebook “likes” are Likely to be Sued

The heroic act of Malian born Mamoudou Gassama will go down in the annals of French history as one of the most profound by an illegal immigrant.

The 22-year-old risked his life by climbing a four-storey building in less than a minute to rescue a baby hanging from the railing of his home, having been left alone in the house.

Captured by the cameras of Parisian passers-by, the photos and news of the act went viral on social media and news channels across the world and compelled the prompt attention of French President Emmanuel Macron.

At the Elysee Palace, Mamoudou Gassama was decorated for the gallantry, which also earned him a job as a fireman and the French citizenship, automatically changing his status as an illegal immigrant, drawing interviews from various TV stations Uncommon as saving a life may be, especially when one’s own is at stake, Mamoudou Gassama’s action was a spontaeneous one, as he only did what he thought was right by saving the life of a minor in an extreme circumstance. The situation could well be counted as one of the positives accruing from the French policy of assimilation which allows citizens from French speaking African countries to migrate into France. However, in the search for grener pastures, hordes of them have also landed the country illegally, as in the case of Gasama.
His act of heroism has drawn accolades from all over the world and not a few, including the French president were dazzled by Gassama’s act which serves as good public example.

Loading...
Newer Post
Doctor Oluyinka Olutoye, a US Based Nigerian Doctor Opens Up on His Success in Fetus Baby Operation
Older Post
Ghana is considered the most promising African country to invest