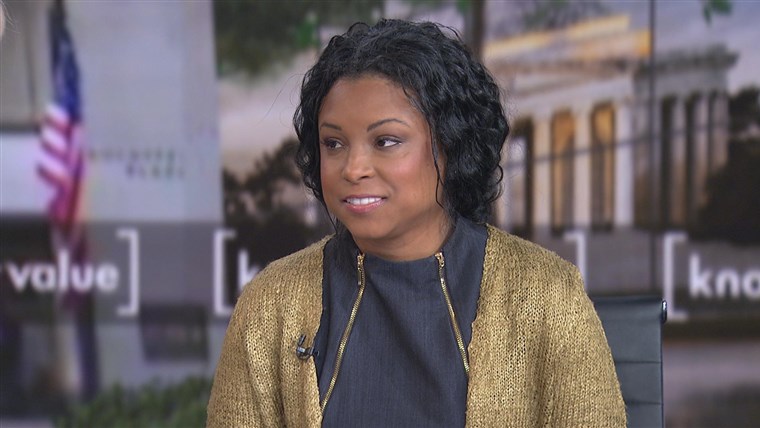 Jenney Fazande has broken down gender barriers and now holds a rare position for a female, as a director at the National World War Museum in Louisian

Jenney Fazande has broken down gender barriers and now holds a rare position for a female, as a director at the National World War Museum in Louisiana, and the first African American Woman to be so appointed.

She started working at the World War II Museum in 2015 and since then, she’s helped produce six traveling exhibits and eight special ones.

She holds a Master of Arts in Exhibition Design from the Corcoran College of Art and Design and has worked with museums and galleries including The National WWII Museum, The Smithsonian Anacostia Museum and Smithsonian American Art Museum, the Fernbank Museum of Natural History, the Museum of Design Atlanta, The Children’s Museum of Atlanta, among others.

Fazande has joined forces with community artists from various mediums to bring unique installations to life in New Orleans, Atlanta, and Washington DC.

“I’ve had to knock on a lot of doors to get the titles and roles that I’ve wanted,” Fazande said. “Women just haven’t played a big role in exhibition design in the past so no matter the museum, hiring a woman feels new and risky even if that’s ridiculous.”

Fazande creates the layouts of the exhibitions, plans out how the exhibit pieces will be shipped from the sizes of the crates to the exact spots where the displays will go in museums once they arrive.

Becoming the director of exhibits position at The National World War II Museum did not come easy. She said she has learned how to move forward in her career even when it’s hard.

“I once worked at a museum where they didn’t allow me to advance in my career in regard to promotions,” Fazande said. “At that point, I knew I had to leave and step out on faith to achieve what I wanted.”

Fazande, however, credits her success to her support system and her parents. “I’ve had to navigate this field largely on my own, and surrounding myself with strong female friends has given me the confidence to trust my gut on big decisions,” she said. In 2017 Fazande was awarded the 2017 PACESETTER Award by the Association of African American Museums for her innovative traveling exhibit, Fighting for the Right to Fight: African American Experiences in World War II.