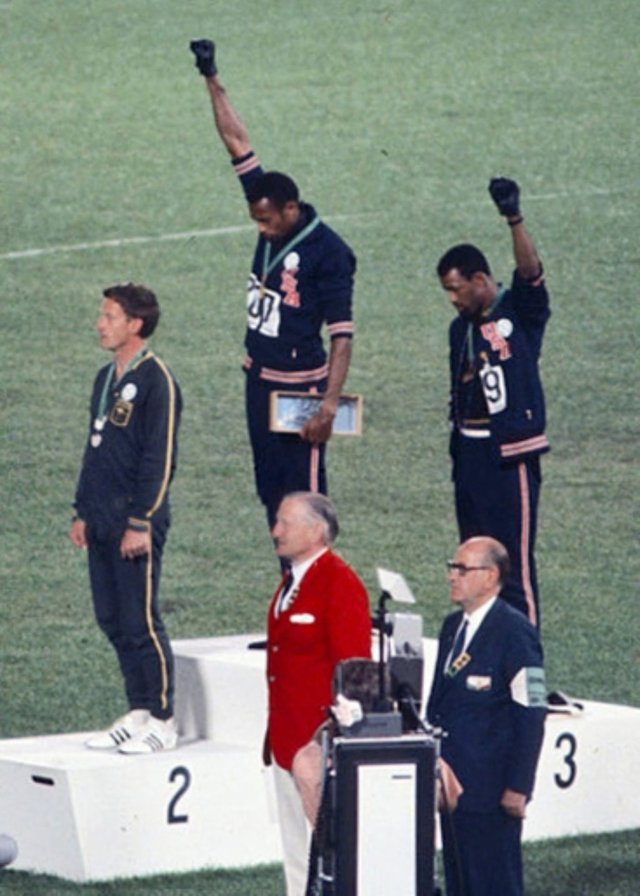 It was a move that drew international attention and controversy when Tommie Smith and John Carlos lifted their fists to give the Black Power salute during the national anthem at the medal ceremony in the 1968 Olympics in Mexico City on Oct. 16, 1968.

The move sparked instant controversy. The International Olympic Committee president deemed the act to be a domestic political statement that was inappropriate for the apolitical Olympic Games. As a result, the two were ordered suspended from the American team and banned from the Olympic Village. The two athletes were expelled from the Games.

Smith continued in athletics and played with the Cincinnati Bengals in the NFL before becoming a professor of physical education at Oberlin College. In 1995, he helped coach the U.S. team at the World Indoor Championships at Barcelona. In 1999, he was awarded the California Black Sportsman of the Millennium Award. He is now a public speaker.

Carlos’ career followed a similar path. He later played in the NFL with the Philadelphia Eagles. In 1982, Carlos was employed by the Organizing Committee for the 1984 Olympics in Los Angeles to promote the games and act as liaison with the city’s Black community. In 1985, he became a high school track and field coach.

Smith and Carlos received an Arthur Ashe Courage Award and an ESPY Award for their action at the Olympics.