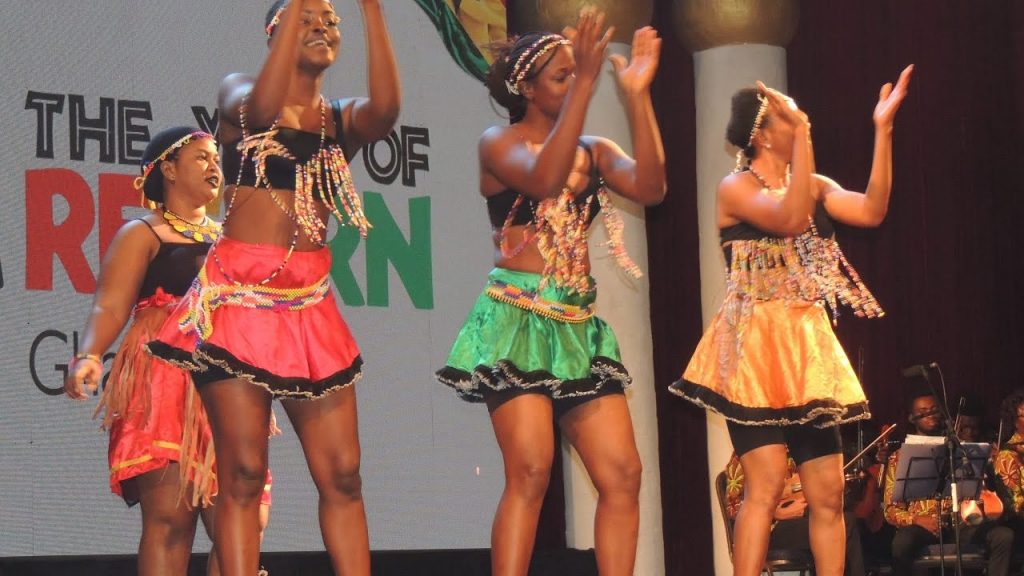 The Republic of Ghana, has launched "Year of Return, Ghana 2019" in commemoration of the 400th year since the arrival of the first enslaved Africans i

The Republic of Ghana, has launched “Year of Return, Ghana 2019” in commemoration of the 400th year since the arrival of the first enslaved Africans in America.
Tagged “Year of Return, Ghana 2019”, the year long event is in a quest to encourage African Americans and the black diaspora to return to the country where their ancestors were kidnapped and enslaved.
The program, which is set to have a host of educative, interactive and other activity-filled events has officially been endorsed by the government of Jamaica and was confirmed at the Caribbean launch of the Year of Return in Kingston on Sunday where Jamaica’s Minister of Culture, Gender, Entertainment and Sport, Olivia Grange, as well as Ghana’s Minister of Tourism, Arts and Culture, Catherine Afeku, were in attendance, according to the Jamaica Information Service.
“Jamaica looks forward to a successful Year of Return and we will work with Ghana towards a successful year. Jamaica observes the International Decade of People of African Descent and so it is all very timely that we work together,” Grange said at the event.
“We are connected. Ghana was a major hub for the transatlantic slave trade from the 16th to the 19th centuries, and we are happy that you have opened the door this year for people in the African Diaspora to return.”
“And as Jamaicans, we’re proud to see that our Reggae music will form the soundtrack for the Year of Return,” she added.
Catherine Afeku, in her statement also emphasized how important it was for the Caribbean launch to be held in Jamaica due to the strong historic, ancestral ties the two countries have.
“This is the Maroon country where liberation struggles started even before Independence. So we started here for symbolism. We want to invite you home, but we want to invite you coming back with that sense of strength that you are a descendant that survived,” she said.
“We have scientists who are the descendants of slaves, we have astronauts who are descendants of slaves. We have the Bob Marleys who are the descendants of slaves. We have the Usain Bolts who are the descendants of slaves. That is a positive story.”
Afeku also urged Jamaicans to make the trip to Ghana. She said: “Ghana is opening its arms. Ghana is opening its doors. We want you to come and take a heritage that belongs to you. So it is not a favour, it is yours. We are here to assure you that you can make a home on the continent starting with Ghana.”
To support the Year of Return as well as make the journey a bit more comfortable for Jamaicans looking to make the trip, Grange, according to the Jamaica Information Service, said they are looking at allowing direct flights between Jamaica and Ghana.
Already off to a good start, the Christmas holidays saw a significant number of black stars in the diaspora trooping into the West African nation for the week-long Full Circle Festival to connect to their African roots as well as encourage their brothers and sisters in the diaspora to make the trip this year.