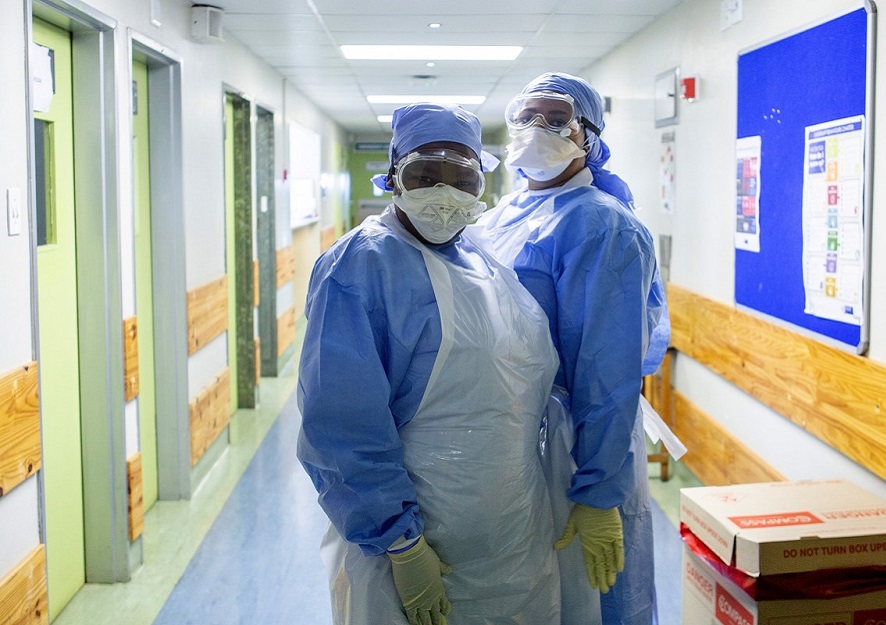 Two South Africa tech-geniuses have created  COVID-19 testing kits that give results in an hour.  The invention of Daniel Ndima and Dineo Lioma is a

Two South Africa tech-geniuses have created  COVID-19 testing kits that give results in an hour.  The invention of Daniel Ndima and Dineo Lioma is a breakthrough for South Africa which has the highest number of confirmed cases of the virus, recoveries as well as deaths in Africa.

With enhanced and continuous testing  crucial in the global fight against the coronavirus, the new development which not only identifies infected persons but also explains how the virus develops with various jurisdictions, is most welcome.

The test kit called qCPR is already being hailed as a huge breakthrough for the South Africa government in the pursuit of the fight of the virus, which has been Africa’s number one nation in testing.

“The capacity to receive spontaneous test results enables us to have a clearer picture of viral infections so that we are able to introduce interventions with greater effectiveness. This will remain significant even after lockdown, with a population of over 55 million people who will need to be monitored on an ongoing basis,” said Ndima, a scientist with a special interest in structural biology.

“One of our major setbacks is our reliance on imported tests. Most countries are currently experiencing this crisis with supply and demand, which their respective governments are trying to control with newly introduced trade regulations. This has caused delays in the delivery of imported testing kits and protective gears, and may also contribute to the delivery of vaccines once they have passed clinical trials.”

Ndima said qCPR testing kits allow pathologists to isolate and identify a virus DNA or genetic material from an infected person. “This makes it possible to detect the virus accurately in a laboratory,” he said.

Lioma, a graduate of Cambridge University with a masters in micro nanotechnology said, “I knew I wanted to work in the field of health and to assist South Africa progress. A lot was going on in micro and nanotechnology here, so I came home. I wanted to give back.”

As a locally produced product, the qCPR will curtail the country’s over-reliance on overseas imports, enabling testing reagents to be accessed quickly without a wait. They are also more affordable than international products.